Having been inspired by week one’s Suits on Film list, some of us have started to dress accordingly at home. Mixing up the current daily dress down with our favourite suits, smart shirts and polished shoes (see @mr_nicholas_hm and @spa258 on Instagram).

As promised we’re keeping the momentum going with our second Suits on Film playlist, including those gathered via your Instagram suggestions. Posting a new selection every Friday, here’s our next lot to enjoy.

Check in for part three, next Friday and remember to add your suggestions via Instagram, using #cadsuitsonfilm.
Cad & The Dandy NYC Instagram.

Mike Hodges 1971 film, Get Carter, sees Michael Caine in one of his most bleak and violent roles. Standing out in a navy blue mohair three piece suit, Jack travels from London to the north of England, every inch the stylish urban gangster. 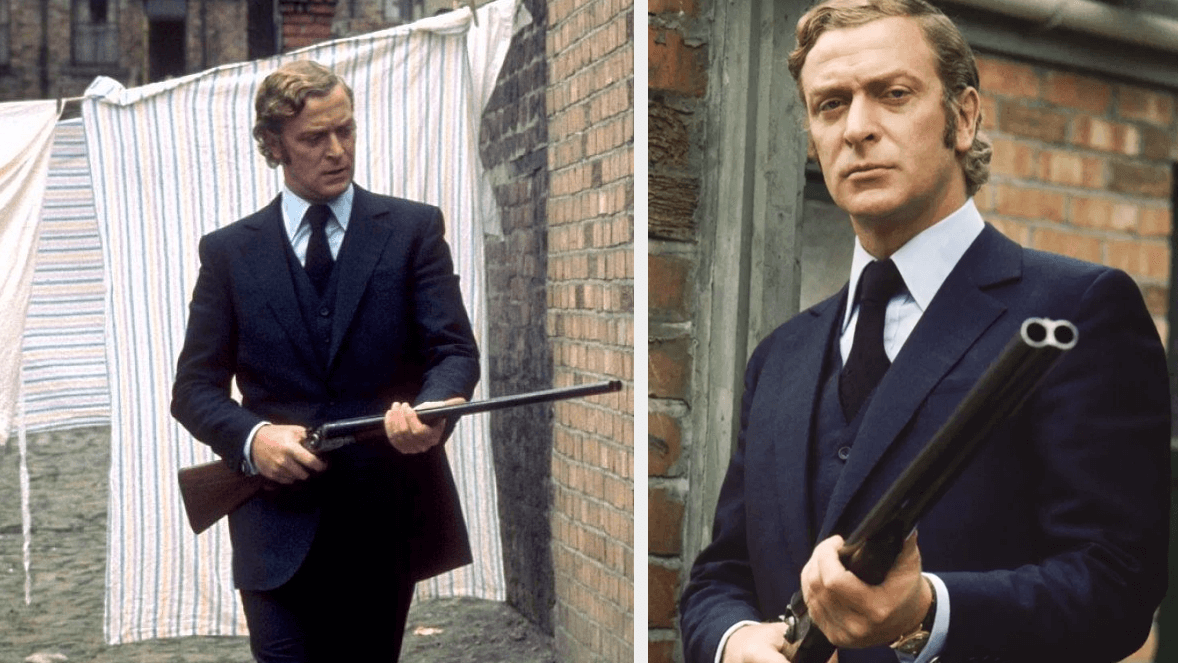 This 1974 sequel to “The Godfather,” has a selection of suits to enjoy – worn by both Al Pacino, as Michael Corleone, and his father, Vito Corleone, played by Robert DeNiro. This silk three piece double breasted suit has as big a screen presence as Michael himself. 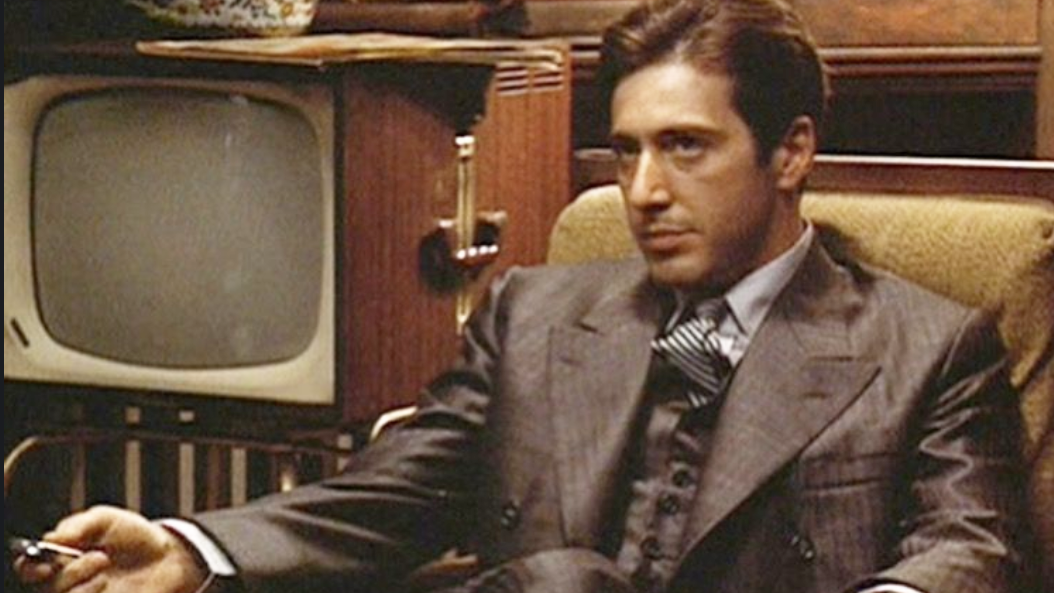 A second appearance from Michale Caine in this week’s list, in this popular 1969 crime caper. The suits have an Italian feel with a British finish, befitting the film’s theme, enlivened by lively patterned shirts and contrasting ties. 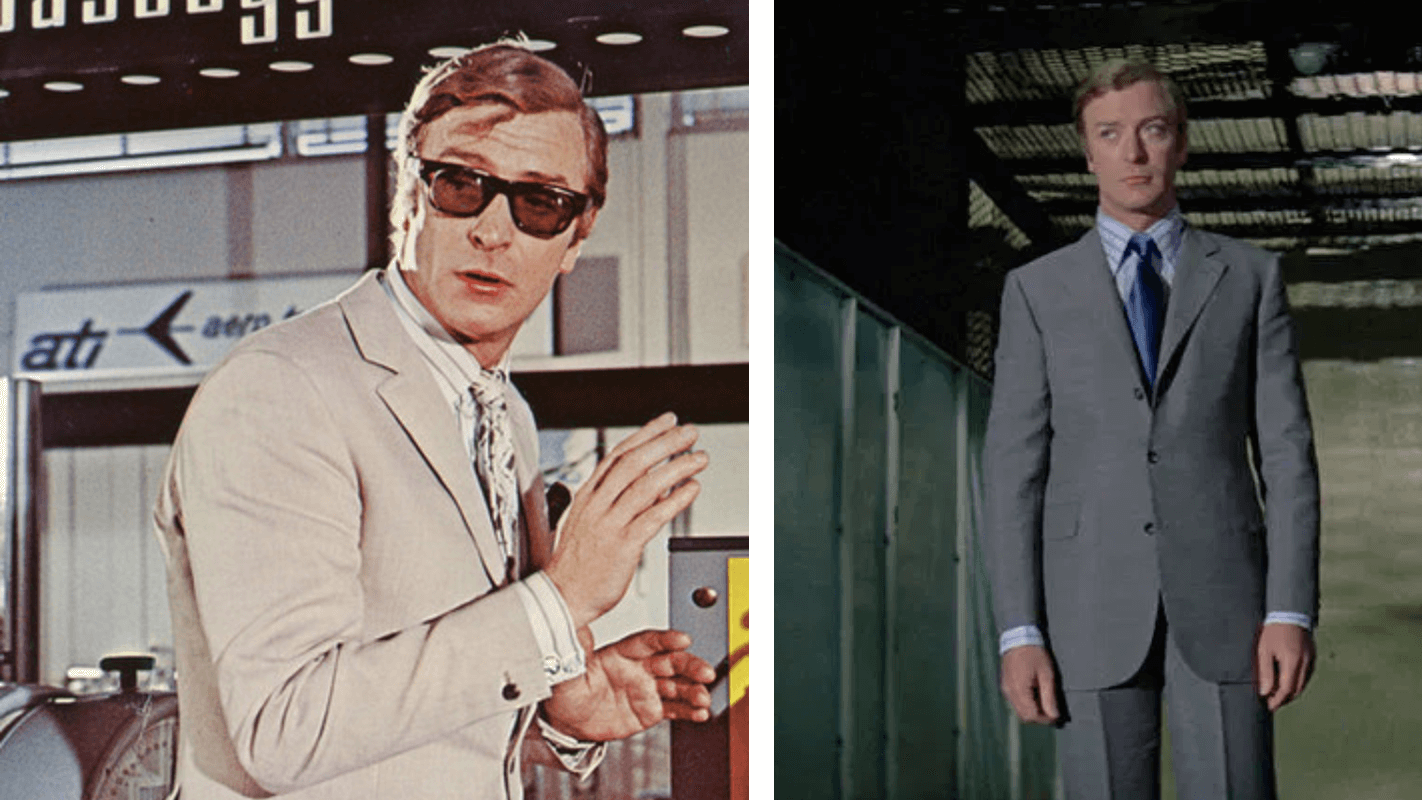 IN THE MOOD FOR LOVE – TONY LEUNG

Wong Kar-wei’s Hong Kong based romantic drama is a moody, atmospheric feast for the eyes. Set in 1962, Tony Leung’s collection of simple suits are a masterclass in beautifully restrained style.

The story follows Freddie, a drifter looking for meaning after WWII, and the Scientology type religious cult he encounters. Influenced by the standard looks of 1950s Arizona, in which the film is set, Joaquin’s Freddie Quell character wears a selection of suits with bold patterns, high waisted pleat front trousers and loose cut jackets. 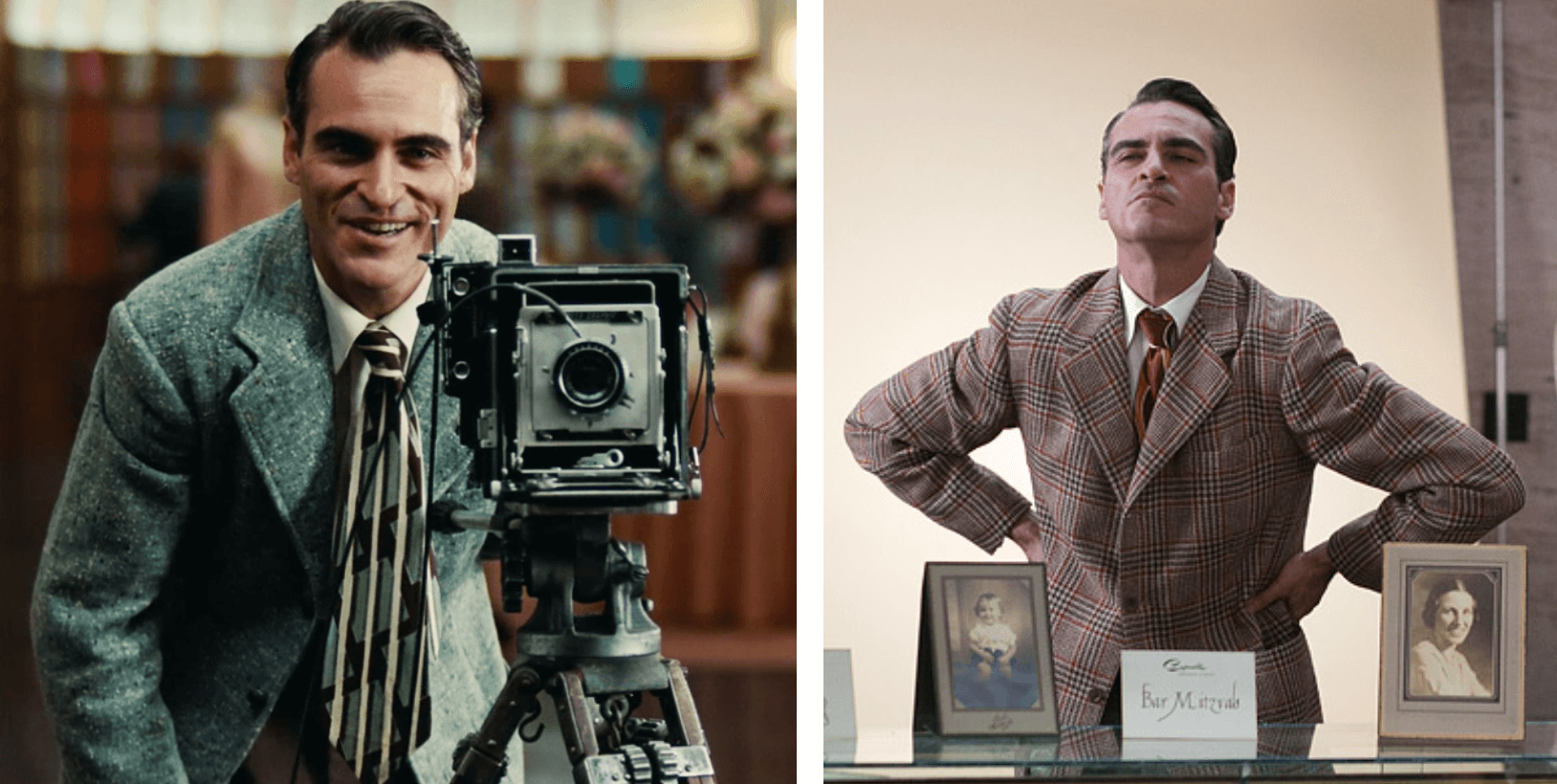