This single breasted, notch lapel jacket is cut in an undyed brown Escorial wool, using the natural undyed fiber of the Escorial sheep – a unique cloth, originating from the Spanish Royal flocks of El Escorial, producing a rare and luxurious wool.

Small numbers of Escorial sheep are found today in Australian and New Zealand, with a history stretching back through centuries. In 1340 Spanish Royalty took possession of a unique flock, originating in the North African Mahgreb, to nurture on the Escorial plains north west of Madrid. 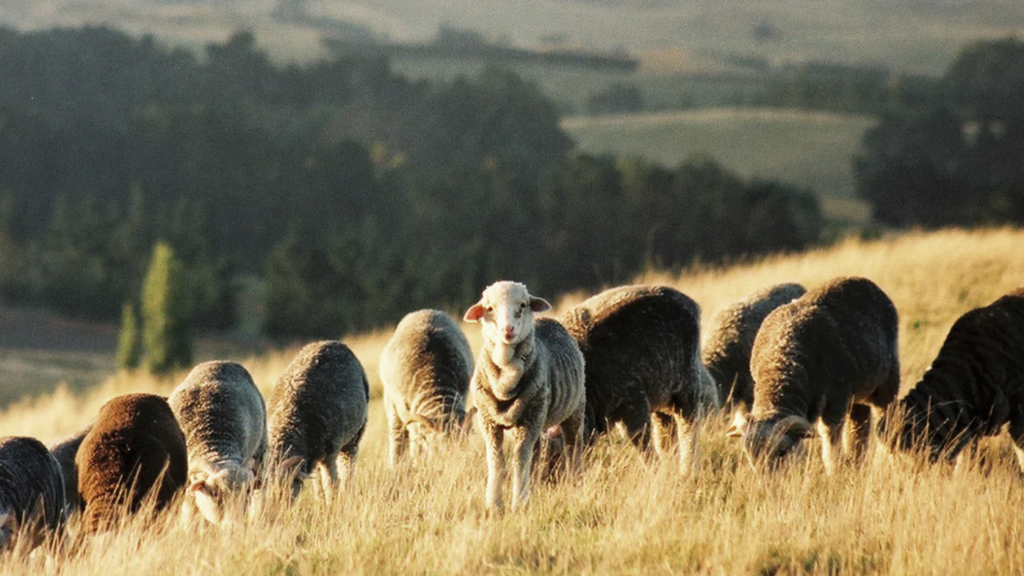 The sheep became known as The Royal Escorial Flock when, in the sixteenth century, King Phillip Il built the El Escorial palace overlooking the vast plains outside Madrid. Here, this unique breed were cared for and protected, their soft fleeces producing the most exquisite fabrics of the era.

The breed was almost lost during the Napoleonic wars, but for a Scottish woman, Eliza Furlonge who took 120 Escorial sheep to Australia. In 1987, forty lambs were taken to New Zealand’s South Island. It is in these two locations where the only direct descendants of the original Escorial flocks can be found today.

Distinctive to all other natural fibers, Escorial has a unique crimp within the heart of the fiber, performing as a naturally coiled spring. It’s this curly attribute that delivers fluidity in the Escorial fabric, creating lightweight garments of unique comfort and performance, with extraordinary drape and crease resistance. Escorial’s beautiful handle is often mistaken for that of cashmere and vicuna, attesting to its lasting, timeless luxury.

Not only one of the world’s rarest and most exclusive natural fibers, Escorial is also traceable to origin, environmentally sustainable and ecologically friendly.

Book a Bespoke consultation to commission unique garments in a range of Escorial cloths.

MORE
New Beginnings for Jeremy Haines – Fall
The Ledbury
Hop to It: The Airy Appeal of Hopsack