With the advent of cooler weather, it’s time to break out the tweeds and complementary trousers to go with them. We’re willing to bet your rotation already includes a pair of grey flannels (if not, we’d suggest you correct this immediately), but you might be on the hunt for another dressy pant to pair with anything from a Harris tweed sport jacket to a blue blazer. On this count, it’s hard to do better than cavalry twill.

“Cavalry twill, as the name suggests, was originally adopted by the mounted divisions of the British Army such as Household Guards and Cavalry as perfect riding attire,” says Rob Charnock, who serves as the chairman of the 124-year-old Yorkshire fabric mill Dugdale Bros. & Co, itself a prolific supplier of cavalry twill. 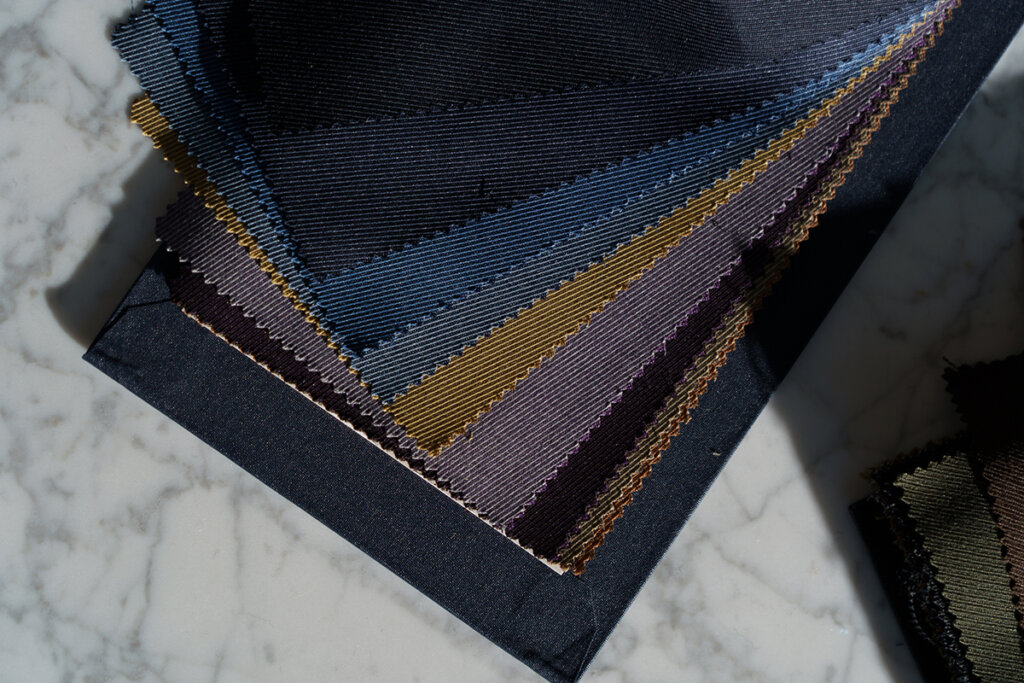 The term “twill” refers to a common weaving technique in which weft threads are passed over warp threads to produce a tightly woven series of diagonal, parallel ribs. It’s used in everything from denim to shirting, but cavalry twill is differentiated by its double-twill weave, which results in two parallel lines but more importantly gives the cloth improved structure and drape while preserving its matte finish.

“It is a warped face double-twill cloth which makes any wool version incredibly durable,” Charnock says of the weave’s woolen application. “Warped and woven in a dense ‘crammed’ construction of fine yarns makes it a very tightly woven cloth which is pretty impervious to the elements, with the same drape property as gabardine but without the shine.” 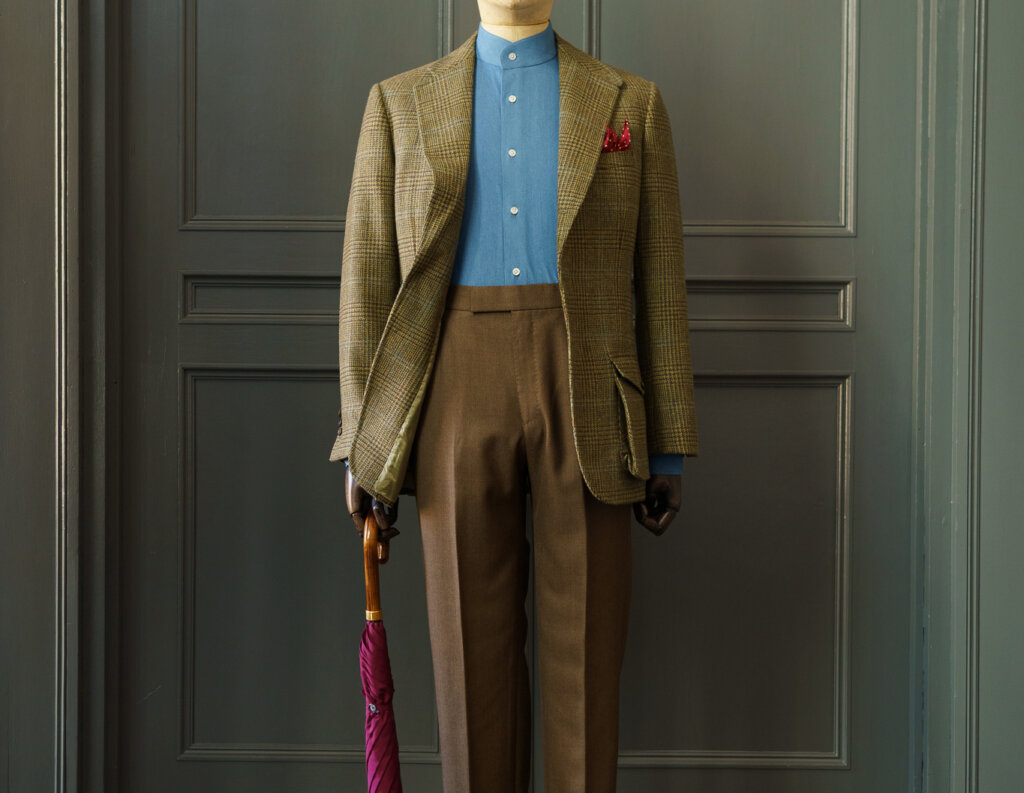 Indeed, cavalry twill is far from the only wool twill in the game, but its combination of lofty woolen yarn and tight, hard-wearing weave make it uniquely suited for wear with business-casual ensembles in the fall and winter season.

“Cavalry twill is the king of twill cloths, sitting above serges, gabardine and standard twill in both elegance and performance,” attests Charnock.

Cavalry twill is available from multiple mills and represented in books like Holland & Sherry’s “Summer Variety” (for lightweight fabrics) and “Dakota” books, as well as the “Invincible” book of heavyweight wools by Dugdale. Unsurprisingly, Charnock has his own favorites, which aren’t confined to potential trouser picks. 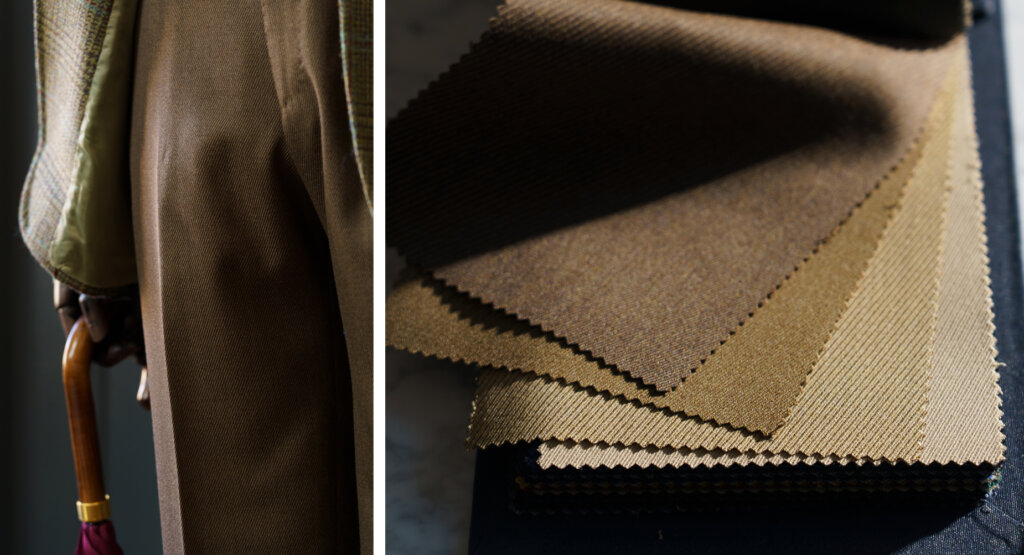 From these particular swatches, Charnock recommends cloths INV023 though INV026 and INV034 through INV041 for general wear, while reserving cloths INV046 through INV053 for winter-weight trousers or even suits, with the impressive weight and handle of cloths INV054 through INV056 making ideal warming winter overcoats.

As a matter of military strategy, cavalry fell out of favor 100 years ago, but in the ongoing campaign for fall and winter style, cavalry twill rides on.