Mad for Madras: Checking in on a Summer Classic

“No excuse to be so callous, dress yourself in bleeding Madras” croons Ezra Koenig on “M79”, a track from his band Vampire Weekend’s self-titled debut album. Not many fabrics get name-checked on platinum-certified studio albums, but madras is no ordinary fabric. 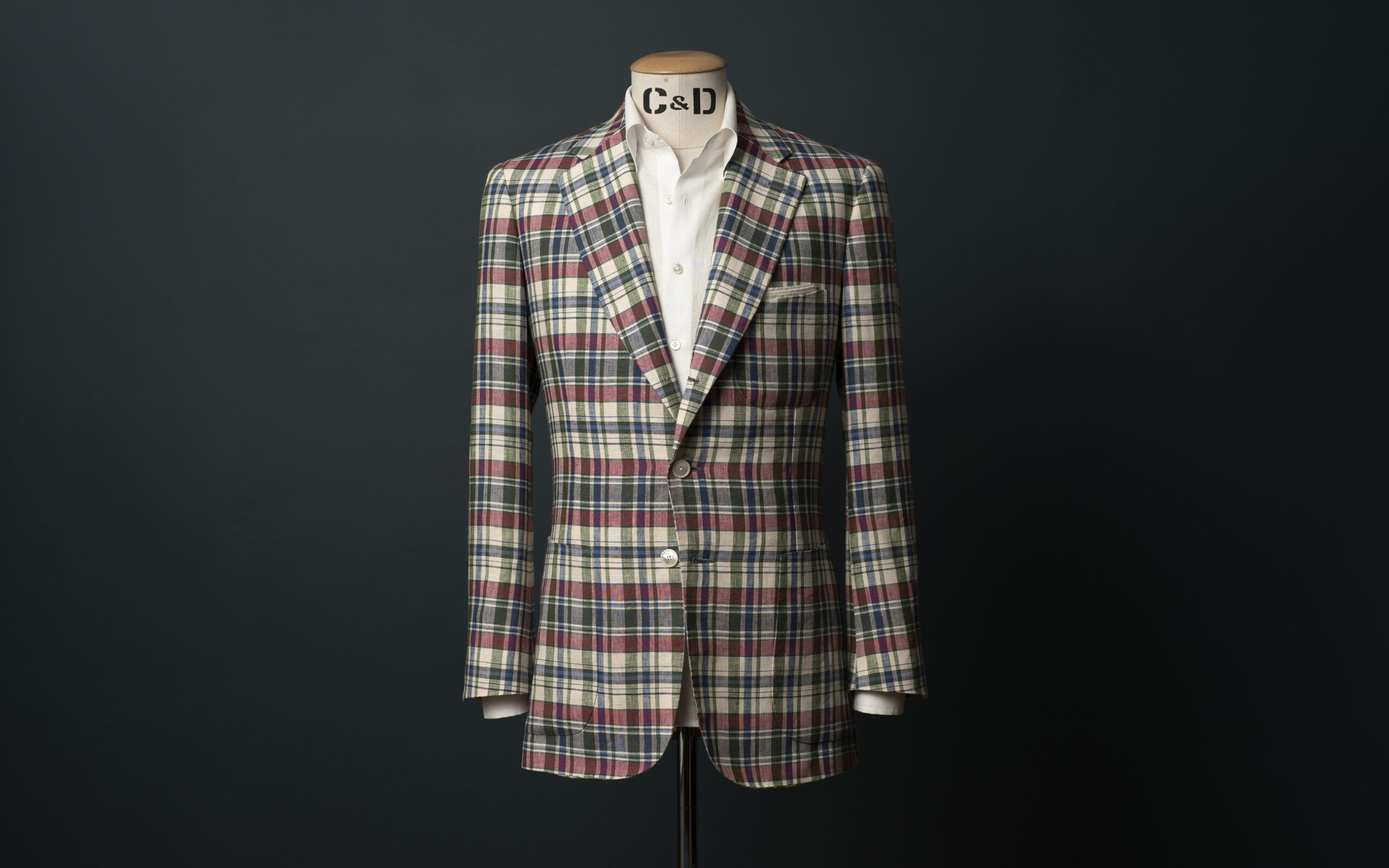 Its name is derived from the city of Madras, (now Chennai) India, which was established by the British East India Company as a trading post. Smelling a profit, the company invited local weavers and dyers into the city, with the aim of selling the lightweight, vegetable-dyed cotton they produced. In time, this distinctive fabric—which came to be dyed in bright, multicolored tartan patterns—would be known as “madras.”

What we know as madras today reached American shores thanks to the efforts of J. Press founder Jacobi Press. As his grandson Richard Press recounts in his memoir Threading the Needle, Jacobi began importing madras after WWI for use in sport shirts and swimwear, establishing its status as an Ivy Style staple along the way. It was later picked up by J. Press competitor Brooks Brothers, who capitalized on the vegetable-dyed fabric’s tendency to fade in the wash with the tagline “guaranteed to bleed.” 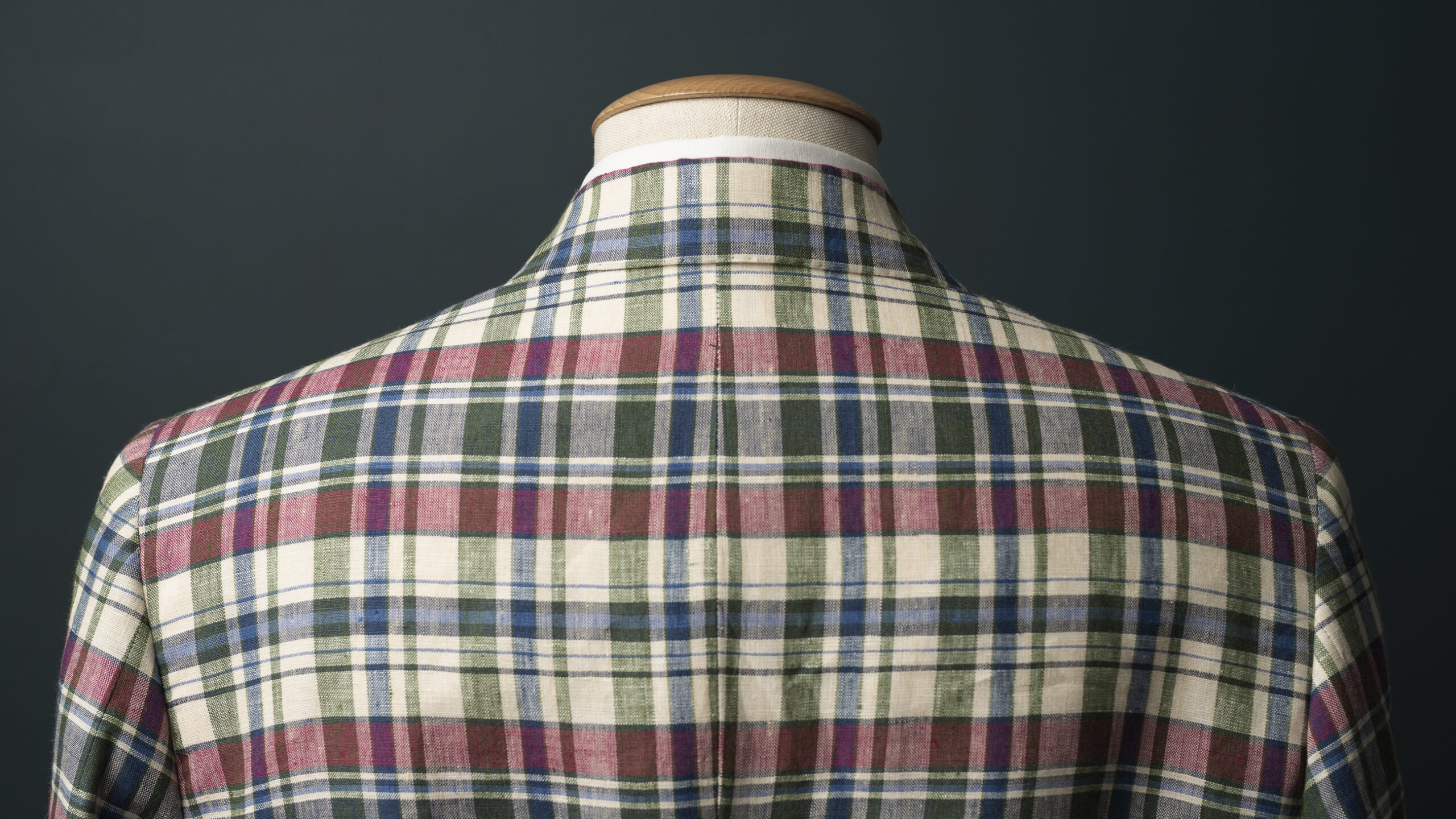 By mid-century it was widely adopted as vacation and summer holiday wear by America’s Northeastern elite, who donned it in the form of shorts, shirts, and sport jackets, and sometimes as a “patch madras” constructed of differently patterned madras fabrics cut-and-sewn together. As a sign of its enduring place in the American preppy wardrobe, look to the cover of Lisa Birnbach’s The Official Preppy Handbook, which features a vibrant madras check of its own.

A vacation home in Nantucket or membership at the Yale Club isn’t required to enjoy madras today, which we tend to offer seasonally from makers including Fox Brothers and Harrisons. Harrisons makes theirs from 100% linen, giving it a breezy, 9-ounce weight that withstands the dog days of summer in resolute style.

“We always try to include a madras check in every new edition of the Mersolair bunch, so that can vary between two to three years,” says Harrisons managing director Mark Dunsford. “When it comes to selecting a new Madras, we don’t tend to pour over lots of design work. We all decide on an overall look and color and run with it.”

What matters most, however, is the textile itself. 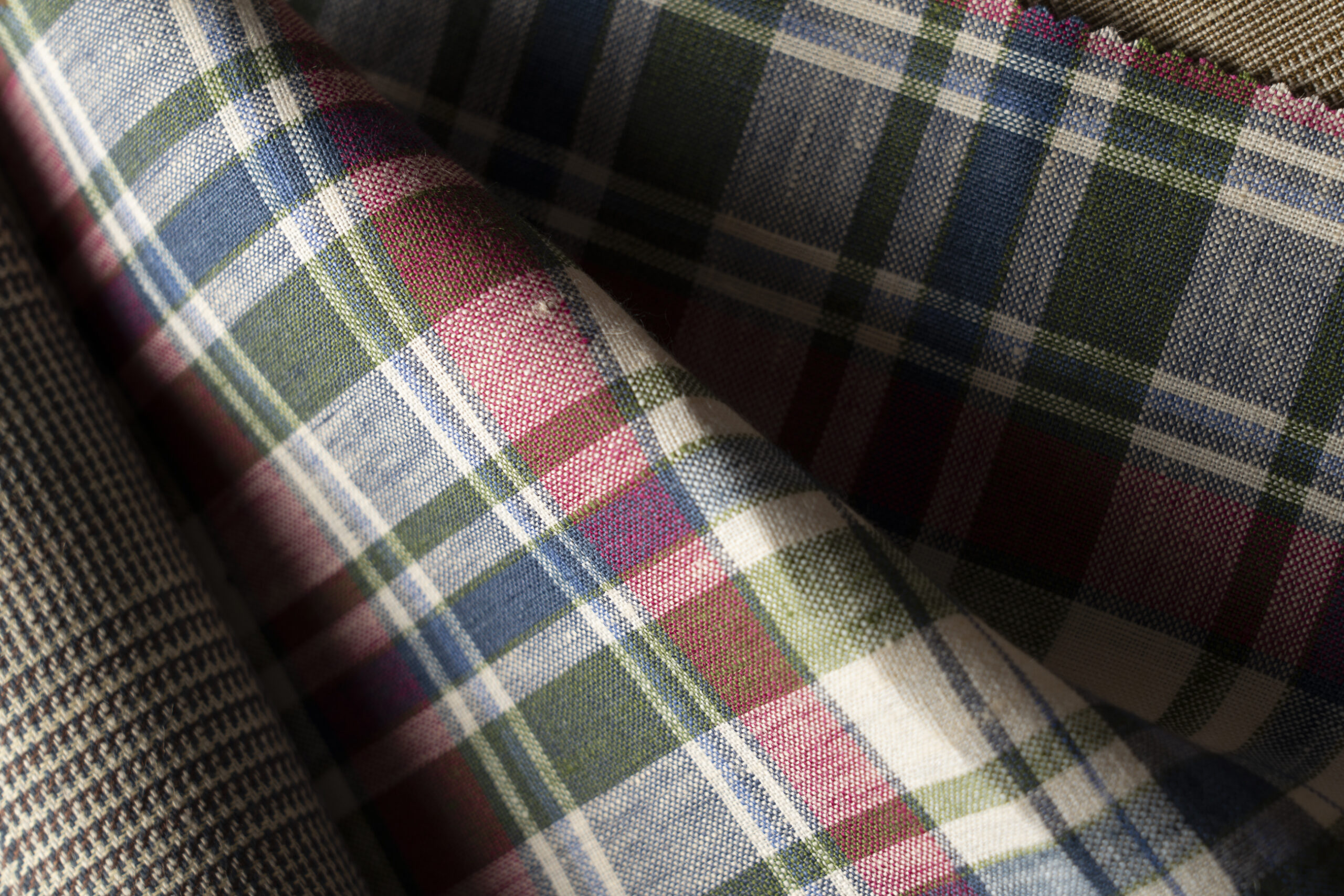 “Firstly, it must be 100% linen,” says Dunsford. “The way the colors take to the linen, and the way the linen creases and softens as the jacket gets worn. It is a lovely thing to wear in the summer.”

As for its wear, Dunsford prescribes a madras sport jacket with everything from plain button-downs and cotton trousers to polos, denim, and even shorts. “My own personal feeling is that madras is one of the most versatile garments ever made for spring and summer,” he says. “It is one of the few jackets that can be worn up to be smart but also cooled down to be casual.”

But more than a way to look natty and bold at once, madras also serves as an annual reminder of the start of warm weather.

“It is a lovely thing to pull from your wardrobe, it means your summer has started,” Dunsford says.