Brigita took a stroll through the streets of London’s Mayfair with Stephen, our Head Cutter at Cad, to talk about his years of experience as a tailor… And what you should wear on a cruise. 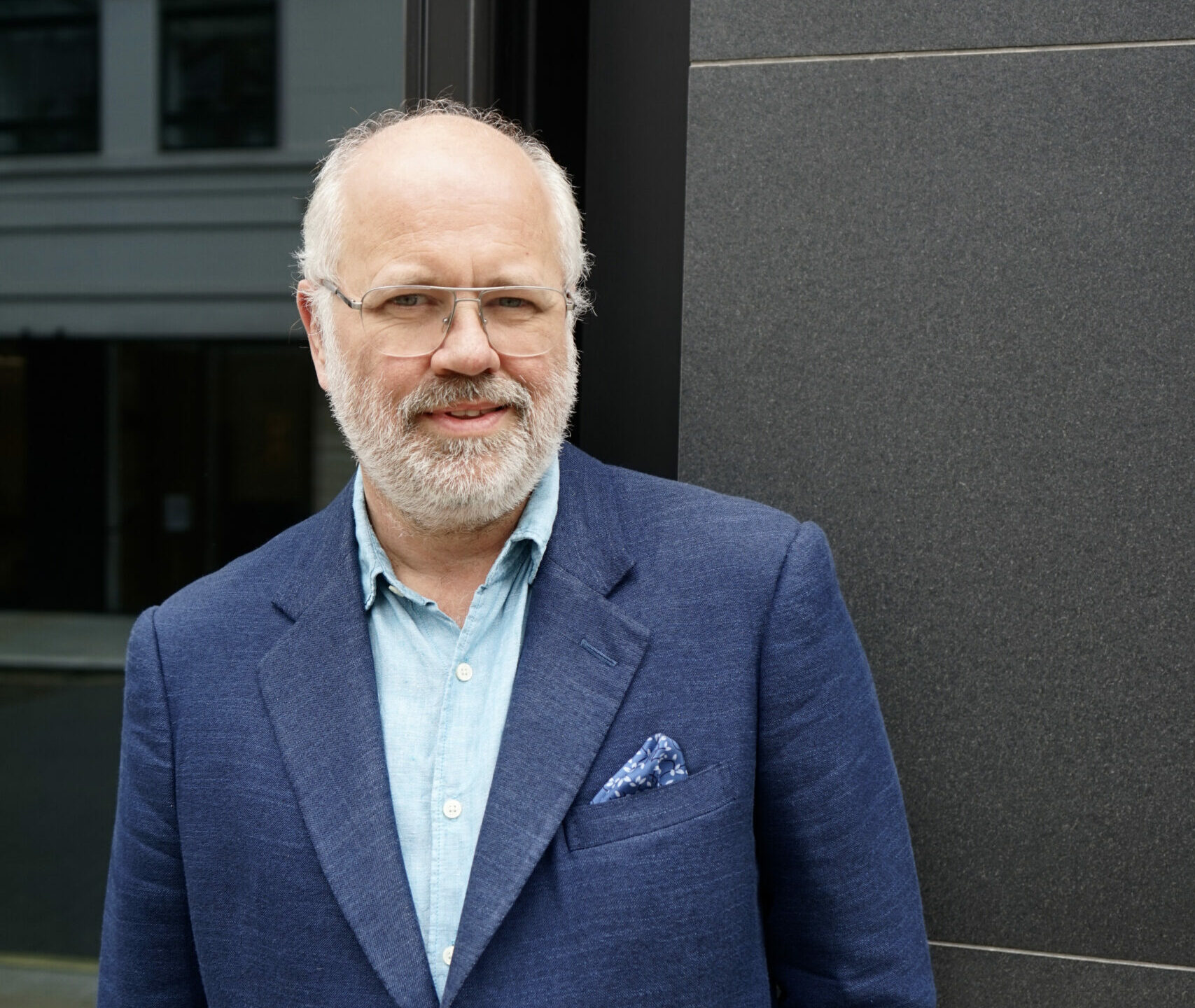 B: How did you come to the world of bespoke tailoring?

Stephen: My father was a tailor at Kilgour’s in the 50s and 60s. He was a coat maker. My uncle was also a coat maker, my cousin is a cutter… You could say it’s in the blood, but I didn’t grow up dreaming of Savile Row. I thought I’d give it a go, as something to do, but once I started at London College of Fashion I fell in love. I started helping out at different houses while still at college and then went straight into an apprenticeship at Well’s of Mayfair, with a pit stop at Helier Couture on the way.

B: Wow, but you’re a Head Cutter, not a Coat Maker now… Why did you pivot?

Stephen: Fairly early on I realised constructing the garment patterns was more exciting to me than producing a garment from start to finish. When I went to Anderson & Sheppard, I was introduced to the ‘rock of eye’ approach to pattern cutting, that combines the architectural knowledge of tailoring with a little creative licence. I developed a taste for that use of creative licence.

B: Ah, I guess sometimes, when you know the rules, you’re allowed to break them.

Stephen: Exactly. It’s a delicate balance. I went onto work at Huntsman and other houses where the approach was more by the book, and that has its merits too. After all, trends may inform the cut of a suit, but bespoke tailoring has its roots in tradition. 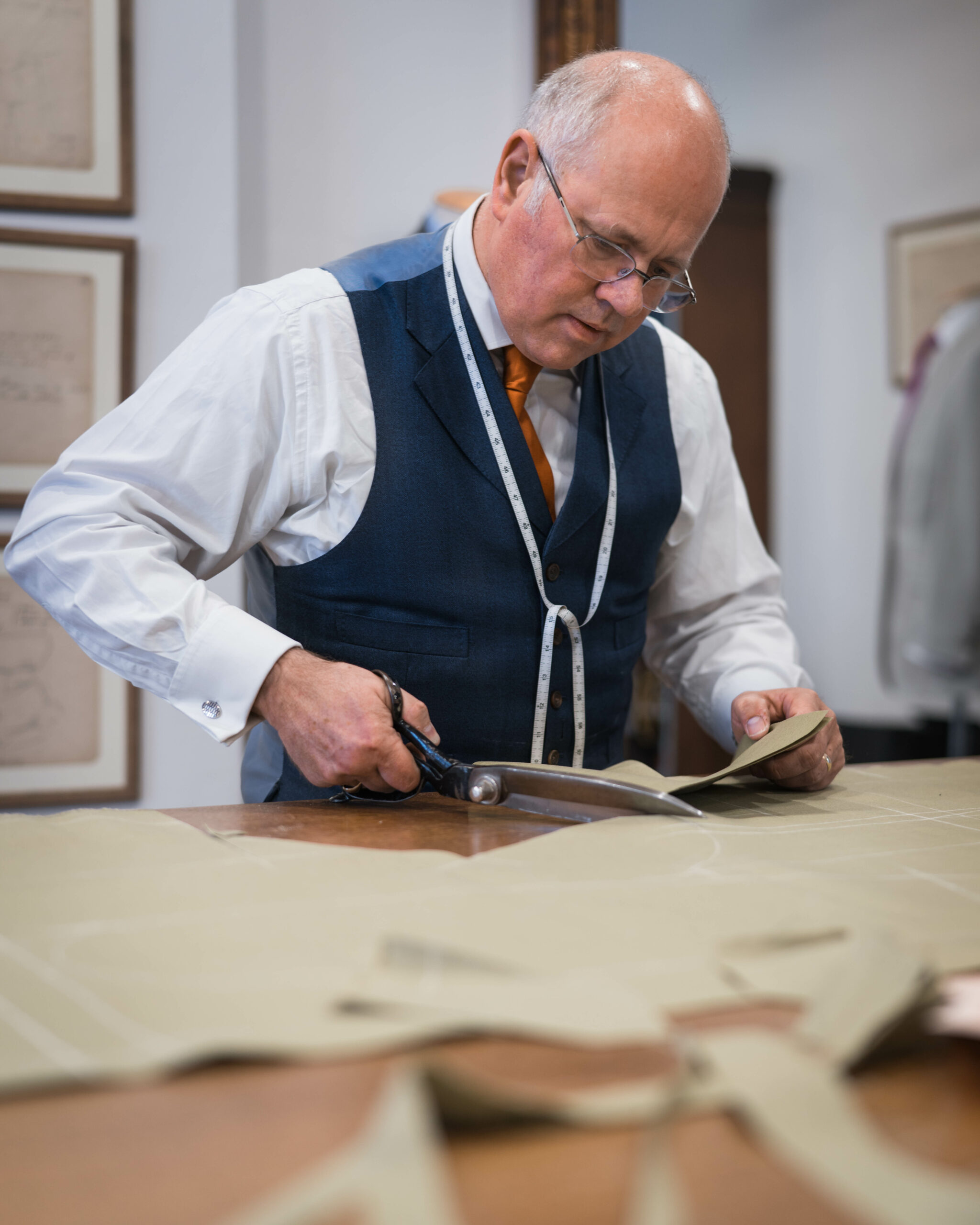 B: What do you find to be the most flattering cut for a suit?

Stephen: I couldn’t narrow it down to a ‘most’ – tailoring is the antithesis of a one size fits all approach, but personally I find a single breasted jacket with a one button cutaway front to be the most flattering. A high armhole allows for ease of movement, and a soft shoulder tends to look a little more casual. Generally, there are no hard and fast rules, only guidelines. For a three piece suit, I’m always looking for synergy between the three garments, but for separates it’s different.

Stephen: I like the HFW Fresco bunch, but I don’t play favorites. It contains different weights of wool but they’re all open weave so it’s breathable even at the heavier end, which is good if, like me, you like a suit with more drape, which tends to make up better with heavier cloth. I met Gregory Peck while I was an apprentice, aged 19, and his suits, which had excellent drape, informed my taste in suiting. His look struck me as timeless, but then of course he was a a screen legend, and everyone was using heavier cloth back then… 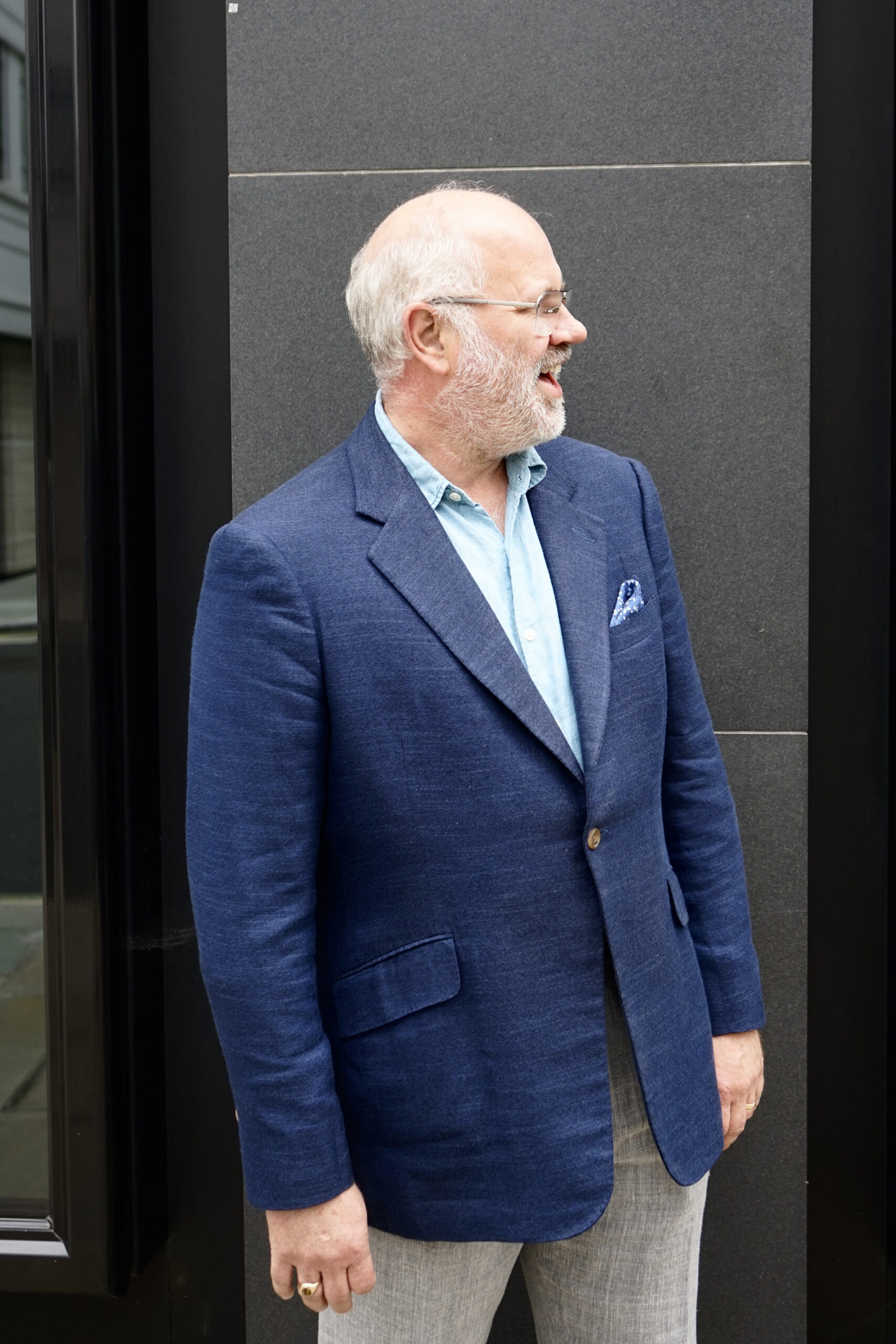 B: You’re not wearing a lot of heavy looking cloth today! Talk me through your separates look.

Stephen: This is a look that I like to call my ‘cruise look’, because I once wore it on a cruise, and hope to again. The jacket is from the HFW Bamboo bunch, which I discovered when a customer asked to see the vegan bunches. Not many people know about bamboo as a cloth, but it’s got a similar handle to cashmere, meaning it’s soft and and flowy, but comes at a keener price. It’s a lightweight 9 oz, but you get to wear it in the autumn as well. It’s a notch lapel single breasted jacket in a nautical navy. The pants are cut from a textured linen mix in light grey from the Harrisons Seashell bunch. They’re mid-weight, but an open weave, so they’re great for warm weather. The pleat and wide 19 inch bottoms also help so plenty of airflow. As I said, perfect for a cruise.

B: Here’s hoping. Thank you for your time, Stephen.

Book a consultation with Stephen, in London, via our online booking service.