In a bygone era, such a question may have determined whether you wished to light a Marlboro between your appetizer and entrée course. But in today’s tobacco-free world, its most relevant use may be differentiating between whether a formal garment is a smoking jacket or a genuine tuxedo. 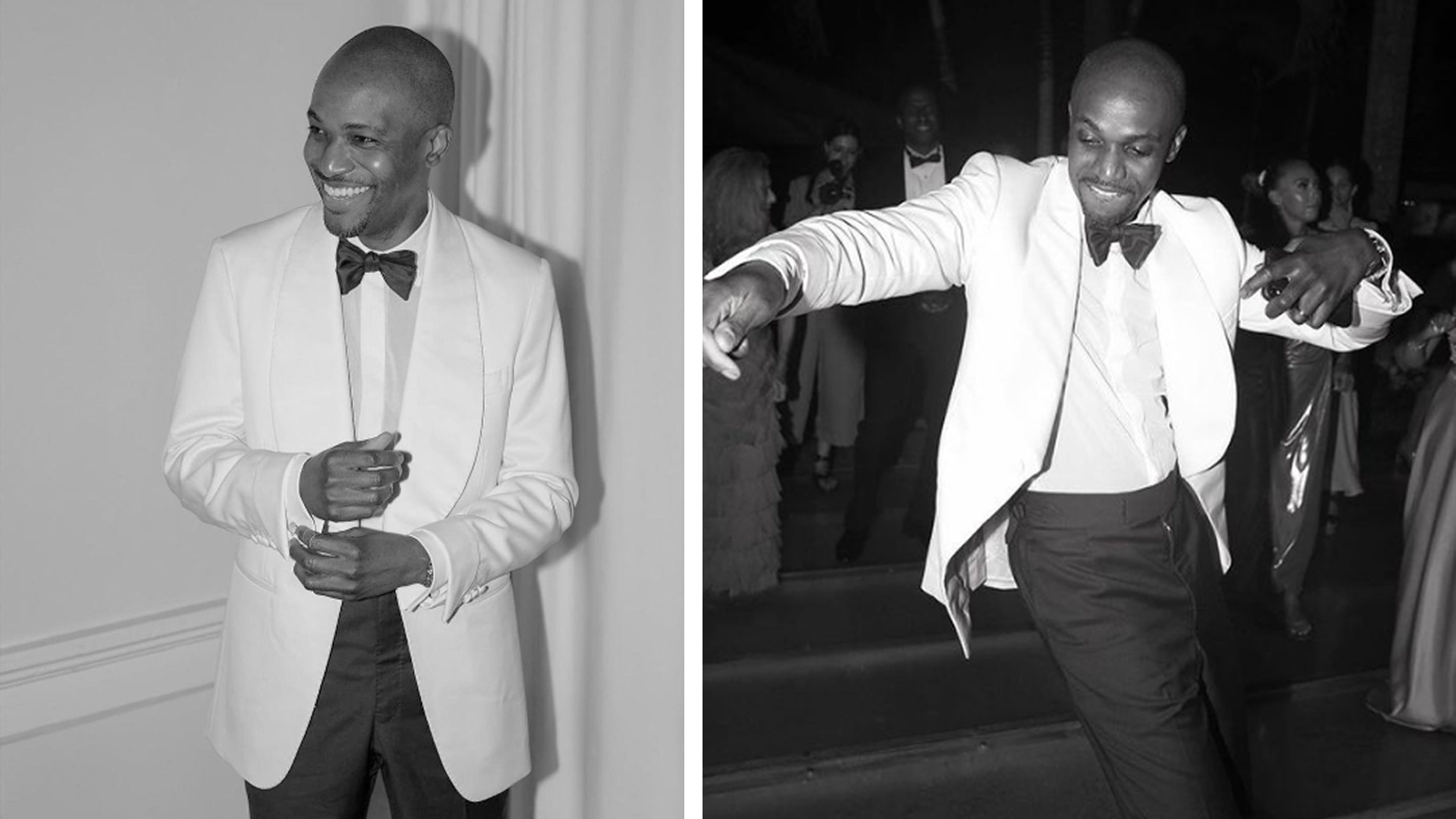 As the eminent menswear writer G. Bruce Boyer recalls in his 2015 book True Style, the smoking jacket emerged in Britain in the 1870s as a hip-length coat men would don for cigar-smoking sessions following dinner, in order to spare their long tail coats from the noxious fumes (their lungs were not so lucky). The emphasis here being on “hip-length,” making smoking jackets considerably shorter than the jackets men wore as part of two-piece evening suits, at that time.

While some of these jackets were made from colorful velvets or silks, others were cut from the same black broadcloth typical of the Victorian age. They might have looked similar to the tuxedo jackets worn today, but with one key difference—they were never to be worn outside of the home.

How and when the smoking jacket stepped out is a matter of debate, but the village of Tuxedo Park, New York, appears to have been its epicenter. While accounts differ, they all involve members of the Tuxedo Park Club attending a gathering in the UK where the Prince of Wales and other attendees sported short smoking jackets, inspiring the visiting Yanks to repeat the move at home, and in the process gave the garment its stateside name.

Further aided by the future King Edward VIII’s adoption of the style, the smoking jacket was soon triumphant on both sides of the Atlantic, replacing trouser and tails. In doing so, it was codified as a suit, made from matching fabric—typically wool or a wool-mohair blend, rendered in either black or midnight blue—becoming the tuxedo we recognize today. The uniformity of the two pieces that make the full garment was further expressed by its “facings,” the contrasting silk fabric that is seen on the peak or shawl lapels of the jackets or as a lengthwise stripe on the trousers. 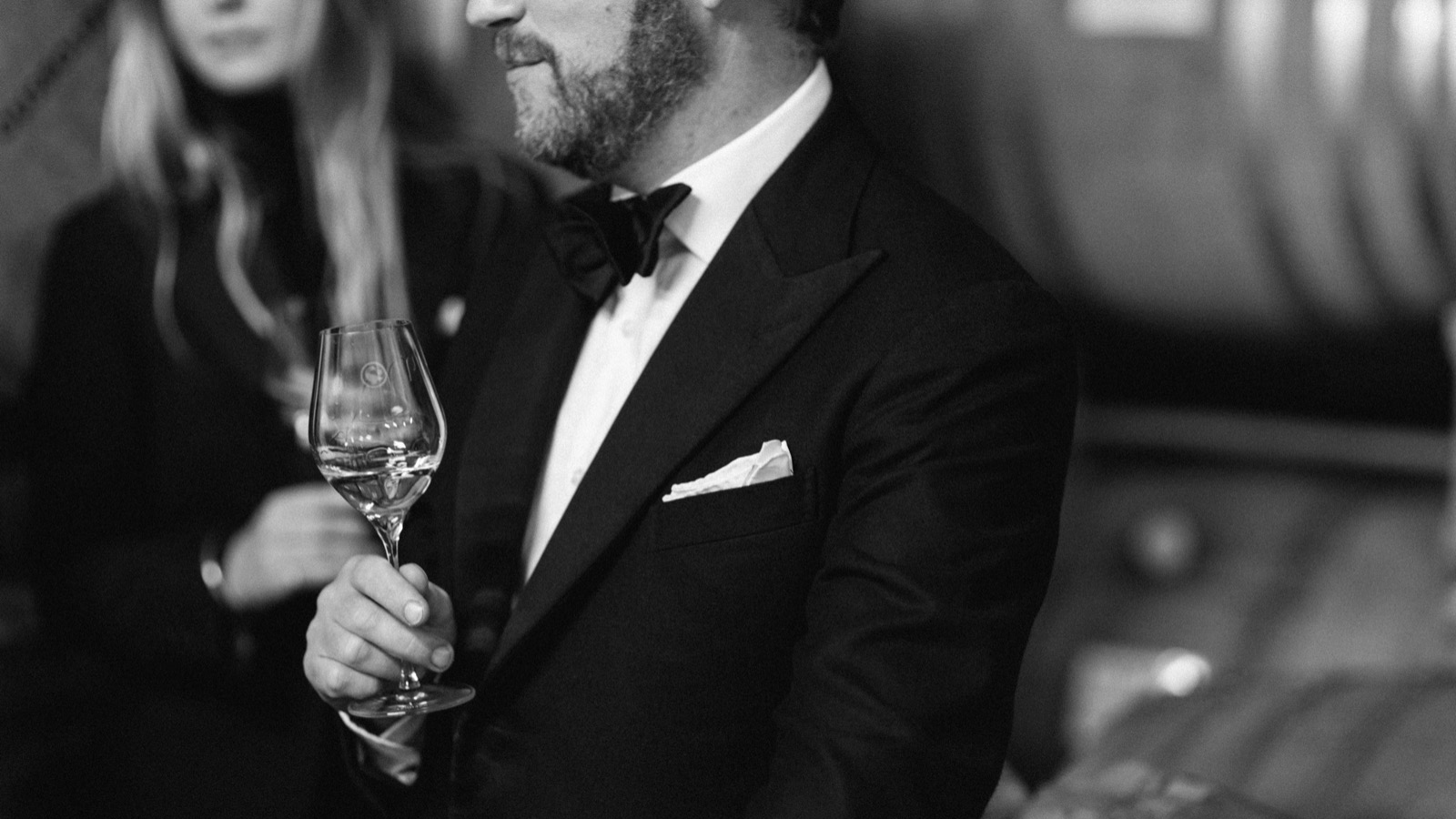 The smoking jacket didn’t disappear but now stood apart as a single-piece garment that could be worn with contrasting trousers. In this way, it’s helpful to think that a tuxedo is to a suit as a smoking jacket is to a sportcoat.

And as such, you can have a bit more fun with a smoking jacket, with the opportunity to have it made in ivory silk for a tropical wedding, or in a bottle-green velvet for a holiday party. What’s worn below the smoking jacket is often a variation on tuxedo trousers, whether it’s the actual trousers borrowed from an existing tuxedo, or a pair of tartan wool trousers with a tuxedo-style silk stripe.

In closing, every man’s wardrobe should be stocked with a tuxedo, in the event of a late-breaking black-tie event or the sudden acquisition of opening-night opera tickets. The smoking jacket is not an essential—which is precisely why it can be so much fun.