A Return to the Office, Part II: Back in Business Casual

In this second part of our series on return-to-office attire, we’re focusing on the workplace that doesn’t require a suit and tie. To read the first article in the series, click here. 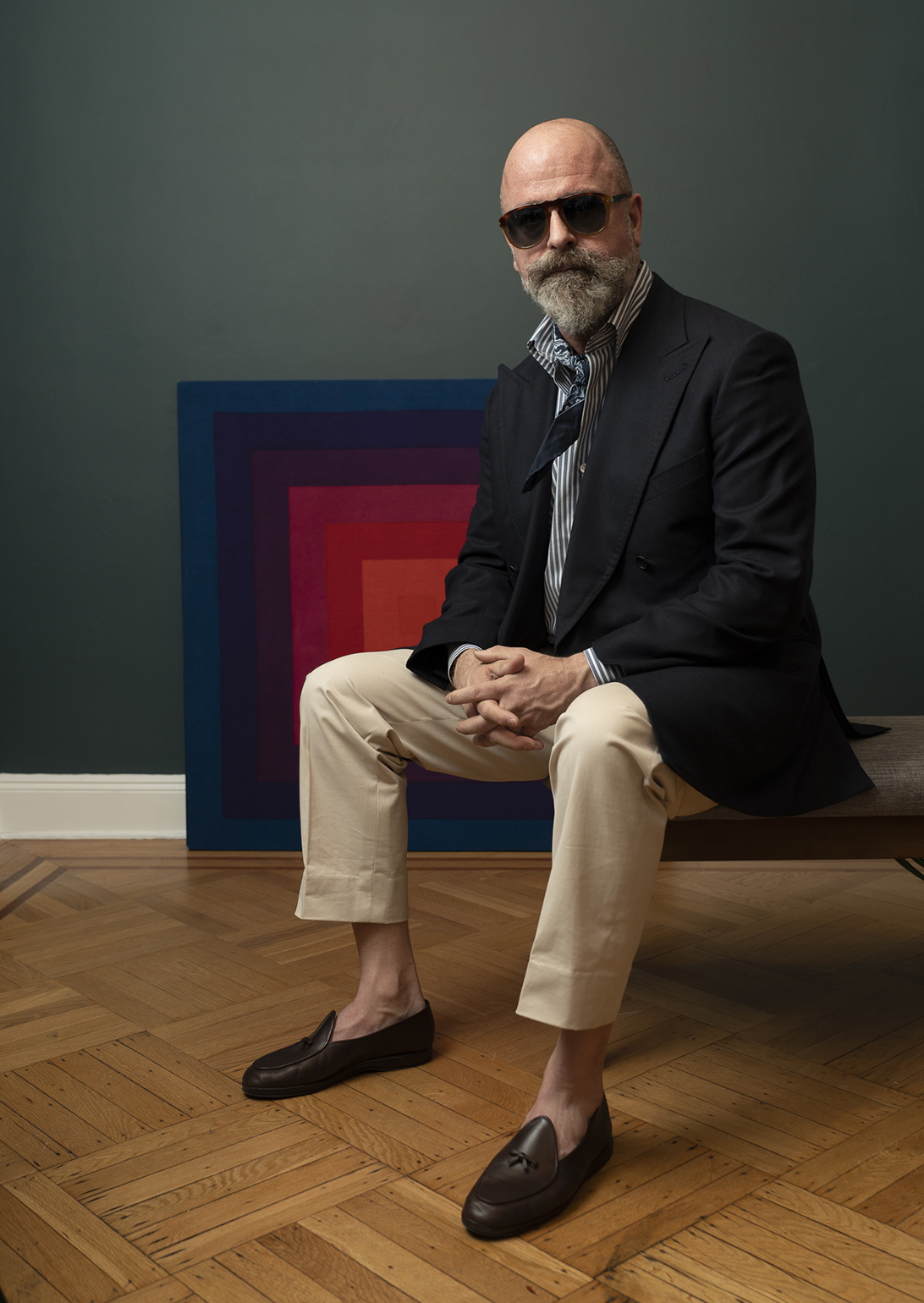 “Business casual” was a nebulous term even in the before-times, covering everything from a sports jacket and tie with trousers to a button-down shirt and chinos. Now that the phrase again has real-world applications, from office dress codes to cocktail parties, it’s worth considering what falls under the business casual umbrella.

Sitting atop the spectrum is the sports jacket. By virtue of it not being coupled to matching trousers, it’s also what you might call an “odd jacket” rather than a suit jacket. The level of a sport jacket’s formality can vary greatly, from worsted wool jackets with peak lapels and slanted flap pockets to spongey tweeds with open patch pockets.

As a general rule, the finer the fabric, the more formal it appears. A client meeting that doesn’t warrant a suit but requires looking smart is a fine opportunity for donning the hypothetical peak lapel jacket mentioned above, possibly with a spread collar dress shirt and a tie or pocket square. On the inverse, a fuzzy tweed might be paired with a button-down oxford shirt and cotton trousers and worn to a casual office where jackets may not be required but will still make an impression.

You don’t, however, want to wear an “orphaned suit jacket.” This phrase simply refers to the act of wearing a suit jacket with an odd pair of trousers; something that can be done with more tactile, casual fabrics such as seersucker or tweed, but creates a problem if the suit jacket is composed of a more finely woven fabric in a standard suiting color like navy or grey. Though the casual observer might not be able to peg your jacket as being part of a suit, they will likely notice that it appears out of place without its lower half.

The solution, naturally, is to ensure you have a good sports jacket or two in your arsenal. The navy blazer—which thanks to its brass or horn buttons, will not be mistaken for an orphan—is a natural choice. We’re quite partial to navy blazers made from fresco, a four-season wool with a high-twist weave that allows the fabric to “spring back” after wear, tamping down wrinkles. 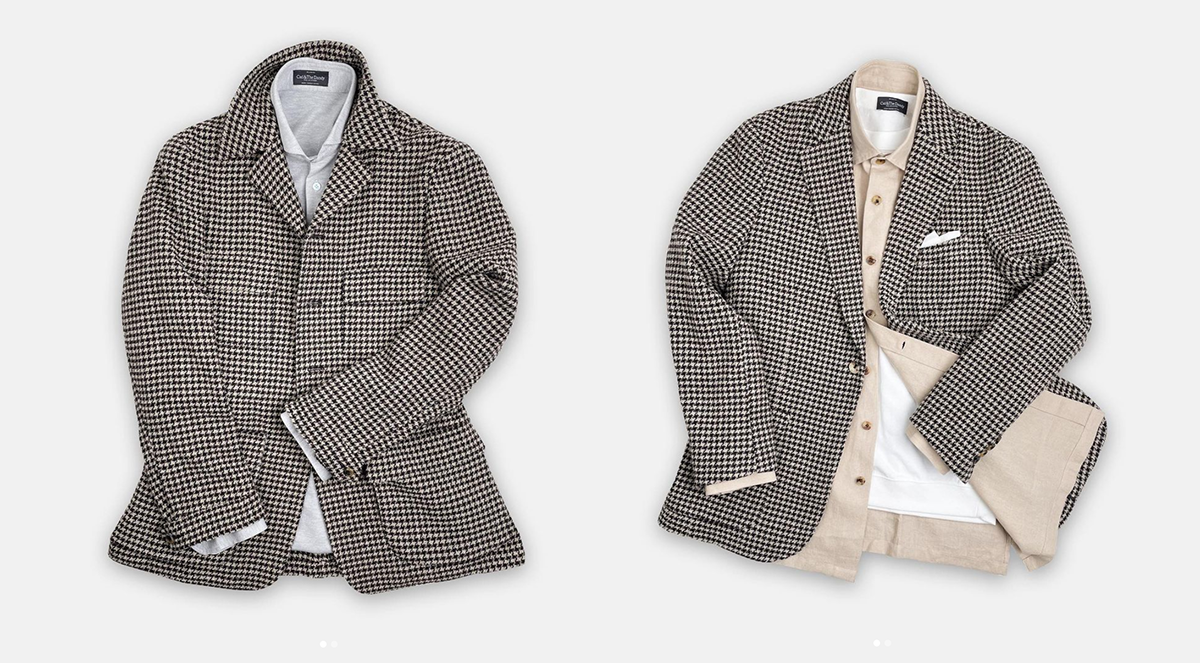 Another way to identify your sports jacket as being such is to select a patterned fabric. You don’t need to go all-in on a tartan or wide scale herringbone but can make an impression with a subtle windowpane or shadow check. Depending on how smart or casual you wish the jacket to appear, you can opt for either slanted flap pockets or open patch pockets to differentiate it from most suit jackets, which feature straight flap pockets.

Now we get to the other half of the equation—pants. If your workplace is a more casual setting in which no parties wear a jacket, the pants become only more important, not less. You might select something simple and every day, such as a stone or khaki chino, but elevate it with details including single pleats, side tab closures rather than belt loops, and most of all, the spot-on fit that comes with a bespoke garment. 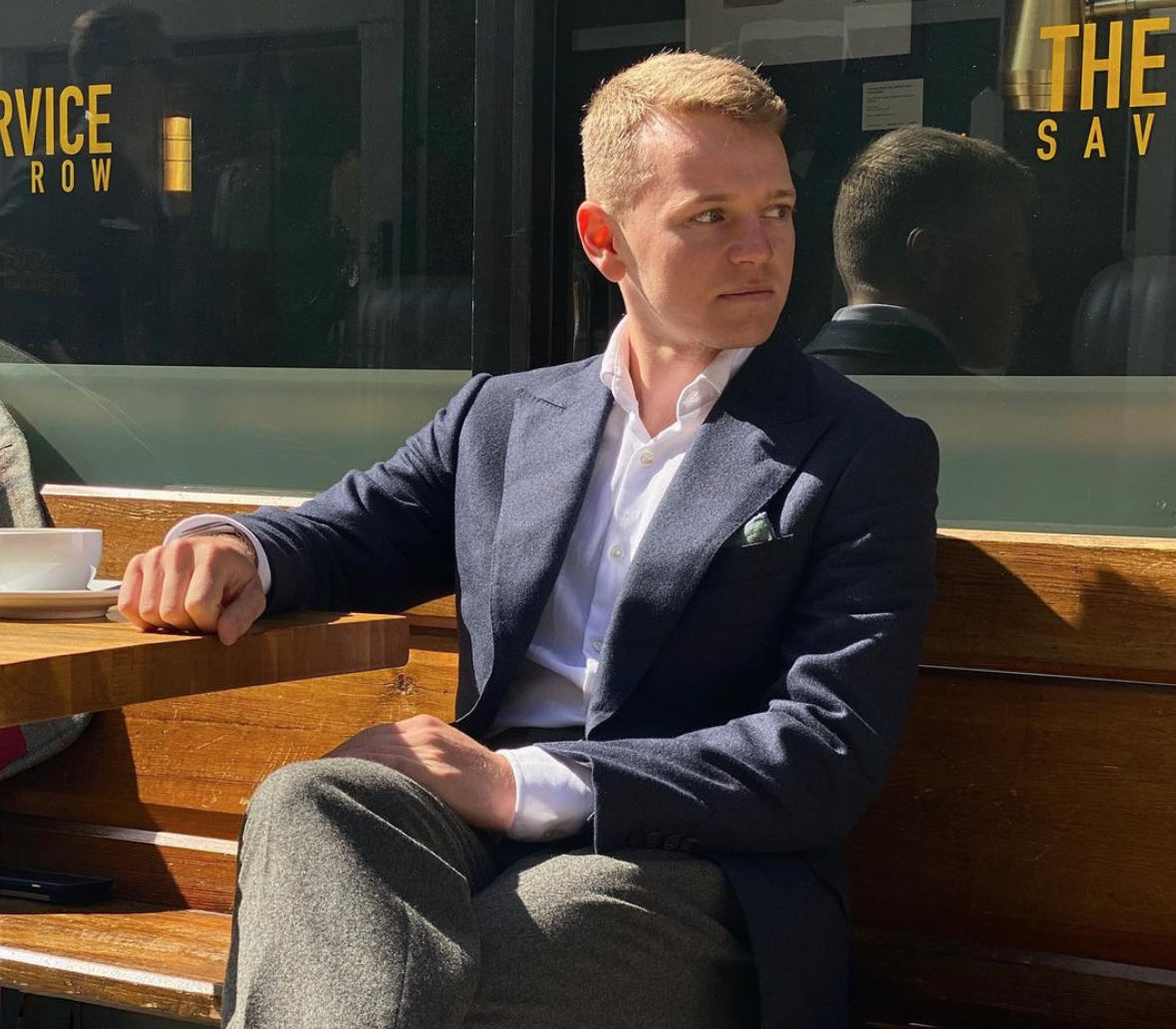 And if you still want to add a “third piece” to your ensemble without overdressing for the work or social occasion, we recommend a safari jacket as an in-between. While allowing for a more complete and slightly dressier look, it’s plethora of pockets and alternative button stance keeps things grounded.

We’re aware, of course, that this article hasn’t defined “business casual” down to a science; and in truth, it’s much more of an art, dependent on such variables as company culture and climate. But we’re more than happy to listen to what your own work environment might entail and prescribe what we believe works best.

MORE
A Return to the Office, Part I: Following Suit
Team Talk – Stephen Allen
Mad for Madras: Checking in on a Summer Classic