Don’t Cut the Cord: The Case for Corduroy

Some fabrics, like a fine, worsted wool, effortlessly blend into the background by nature of their dry hand and uniform texture. Corduroy, it should be said, does the exact opposite—by design. 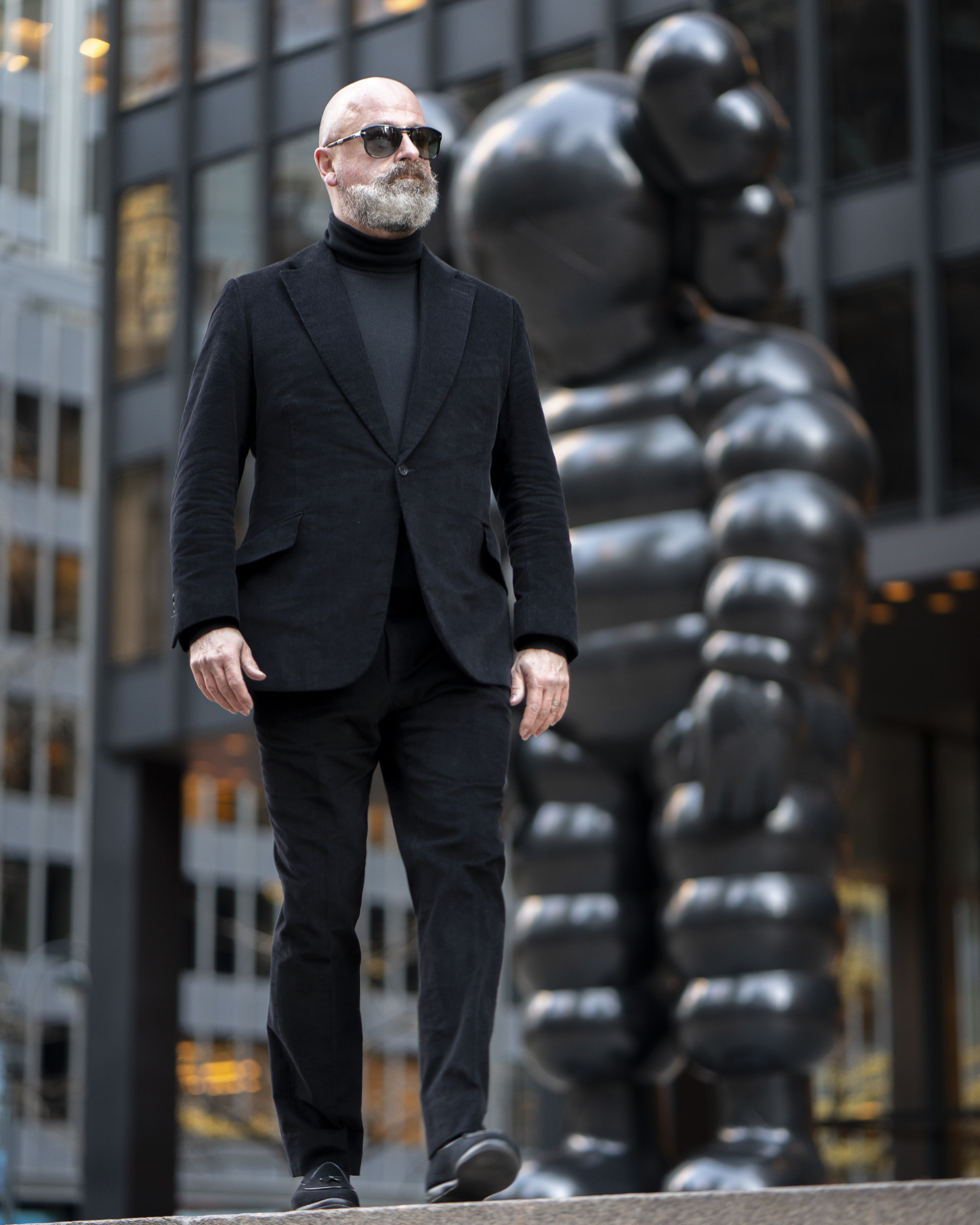 This is thanks to the nominally cotton fabric’s raised ridges, which are also known as wales. Wales are introduced to the fabric via the weaving process, and as such can vary greatly in size. 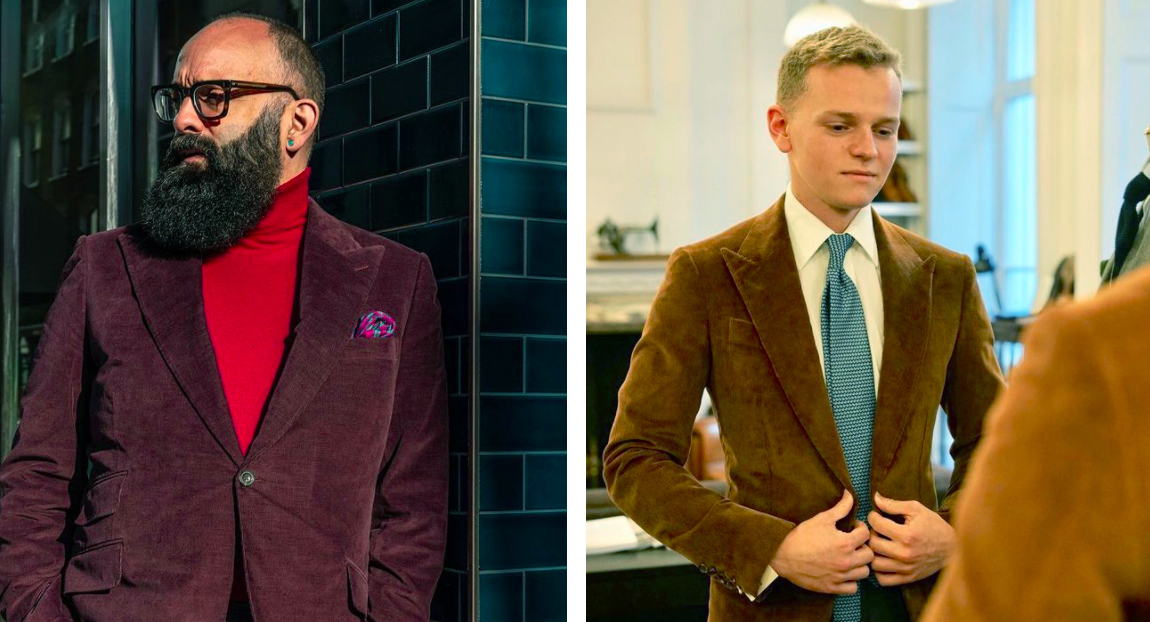 An 11-wale corduroy is sometimes considered “standard,” with enough wales per inch to make an impression at a distance. On the other end of the spectrum are fine needlecords, which can have as many as 16 wales per inch, and the rustic 8-wale corduroy, which makes a far greater visual impression and is most commonly seen in casual pants.

Corduroy originated as a “workingman’s fabric” in 18th century England (indeed, it is still commonly referred to as “Manchester” in Sweden). Those raised ridges gave it a heartier hand and appearance than the finer linen or broadcloth shirts worn by the gentry and helped give the fabric its name.

“Corduroy” is a portmanteau of “cord,” referring to the wales, and the antique English word “duroy,” which was the name of a coarse wool fabric. There is a charming story that makes the rounds each season about how the word corduroy is supposedly derived from the French corde du roi, meaning “the cord of the king,” but alas, this monarchial origin story is as false as a royal pretender. 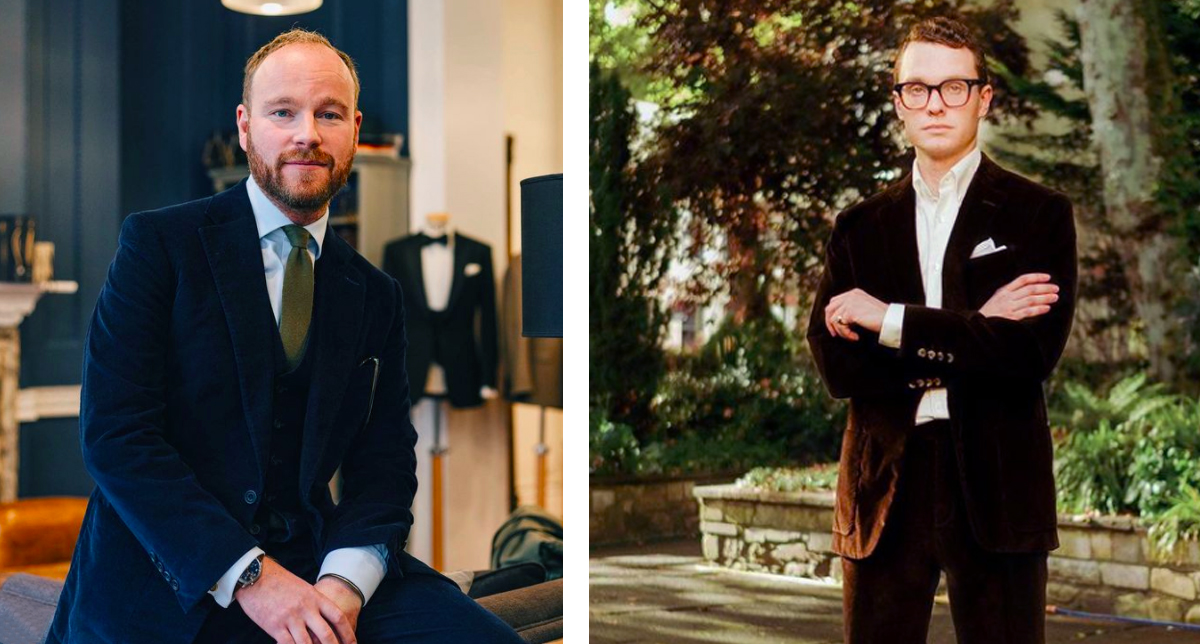 What isn’t fake is corduroy’s lasting appeal. Though originally intended as workwear, the fabric found a following among U.S. college students in the years after WWII. As J. Press scion Richard Press recounts in his book Threading the Needle, corduroy suits were being sold by the family business in the 1950s, even if old-guard employees derisively referred to them as “rags and bones for the scholarship boys.”

In time, those sour shop keeps would be proven wrong. The pivotal moment may have come with the release of The Graduate in 1967, which introduced the world to a young Dustin Hoffman clad in a corduroy jacket with patch-flap pockets. Corduroy’s transition from square to soul was complete by the 1970s, which saw the fabric employed in three-piece suits with flared bottoms and wide pants.

We certainly aren’t asking you to repeat those ‘70s excesses, but they do get to the heart of corduroy’s appeal. As one of the most casual fabrics that can be made into suiting, corduroy signals that tailoring is being worn by choice, not demand. You might not want to wear it to court, but you may find it a delightful choice for a Sunday night dinner at the neighborhood bistro. 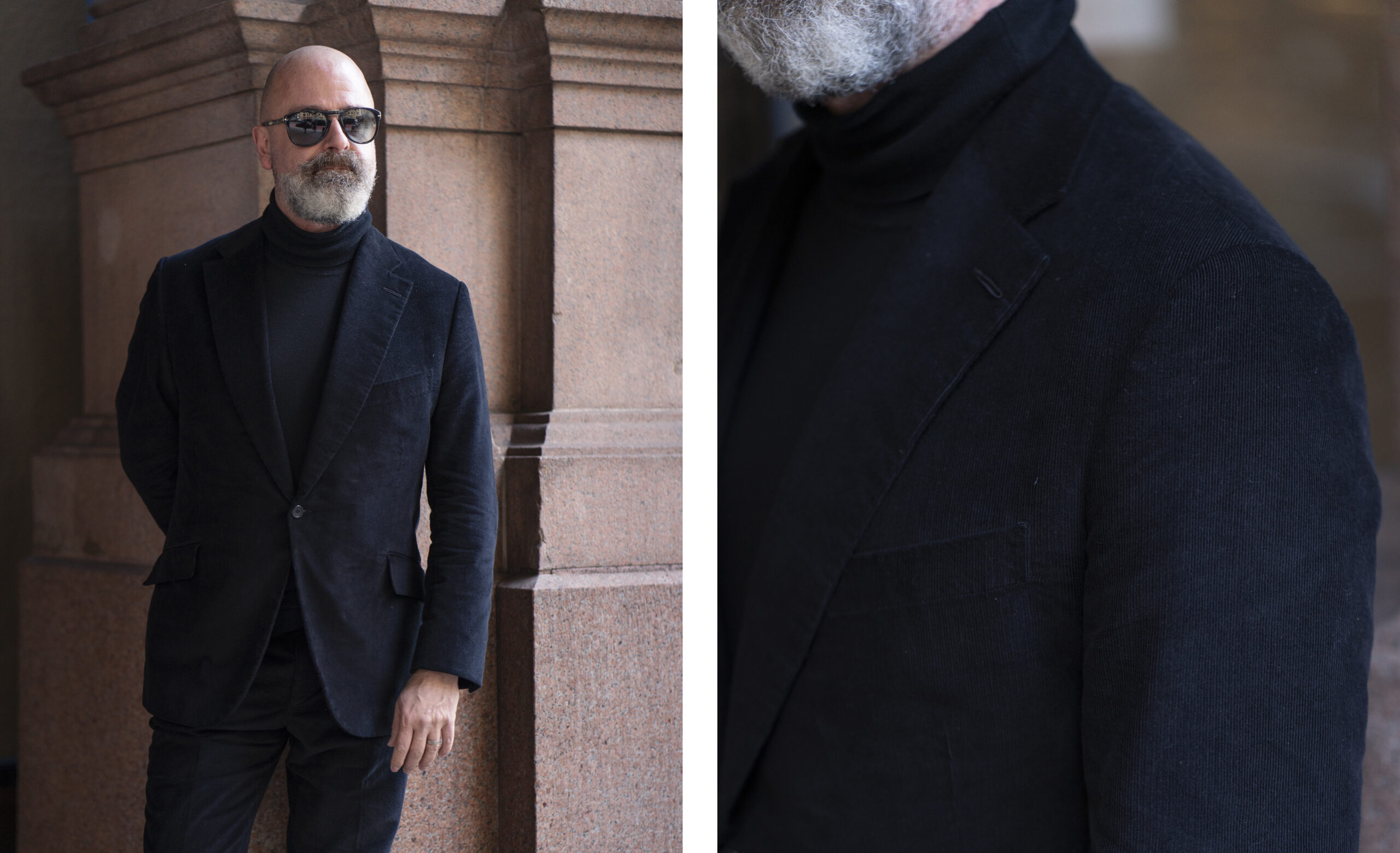 There are also practical reasons to cherish corduroy, whether you’re having it made up as a sport jacket or a three-piece suit. Due to the raised ridges, it’s about as wrinkle-free as any fabric can get and can go for long periods without requiring a press.

And while those same ridges have cemented its reputation for durability, they’re subject to increased fading versus a flatly woven cotton fabric. However, we don’t view this as cause for alarm. After all, corduroy remains a fabric of the people, not the king, and its signs of wear should be displayed with pride.