Chart a Course for the Peacoat

Alongside the turtleneck, the deck jacket, and the double-breasted blazer, the peacoat belongs to that esteemed club of menswear classics first introduced as naval wear. But while others may forever carry a whiff of sea salt about them, the peacoat feels perfectly urbane: in recent years becoming something of a New York uniform. 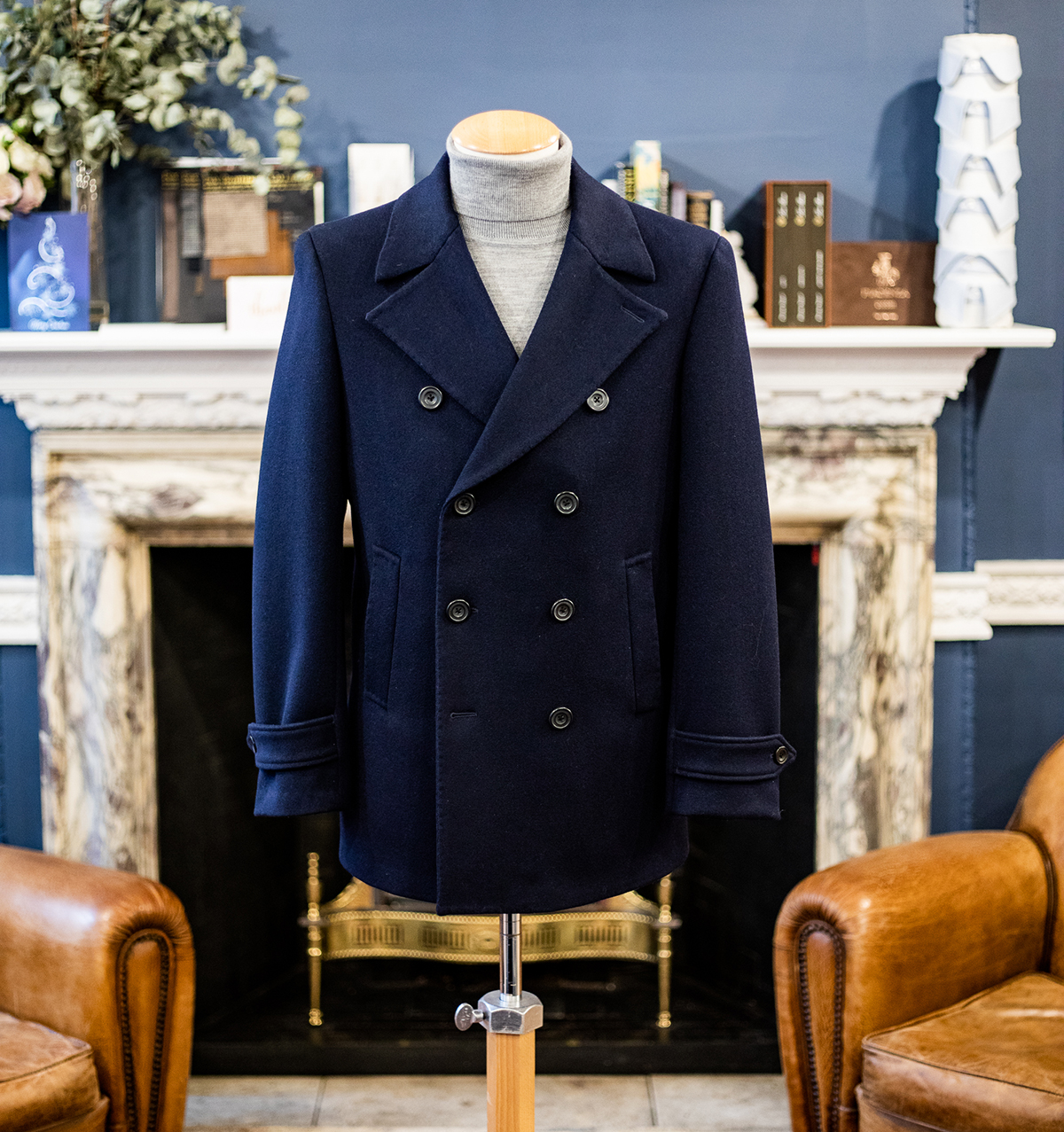 But let’s start at the beginning. The first print reference to a “pea jacket” can be found in a 1720 edition of The Boston Gazette. The word’s etymology is not entirely clear, but there are two theories. The first holds that it’s a bastardization of the Dutch pijjekker, itself a portmanteau combining pij (a type of rough blue cloth) and jekker (a short jacket).

The other theory, endorsed by the U.S. Navy, contends that its name comes down from the heavy topcoats made from coarse “pilot cloth” once worn by American sailors. With time, the name of this heavy-duty fabric was shortened to “p-cloth,” and the clothing made from it came to be called a “p-jacket.” We think you can fill in the rest. 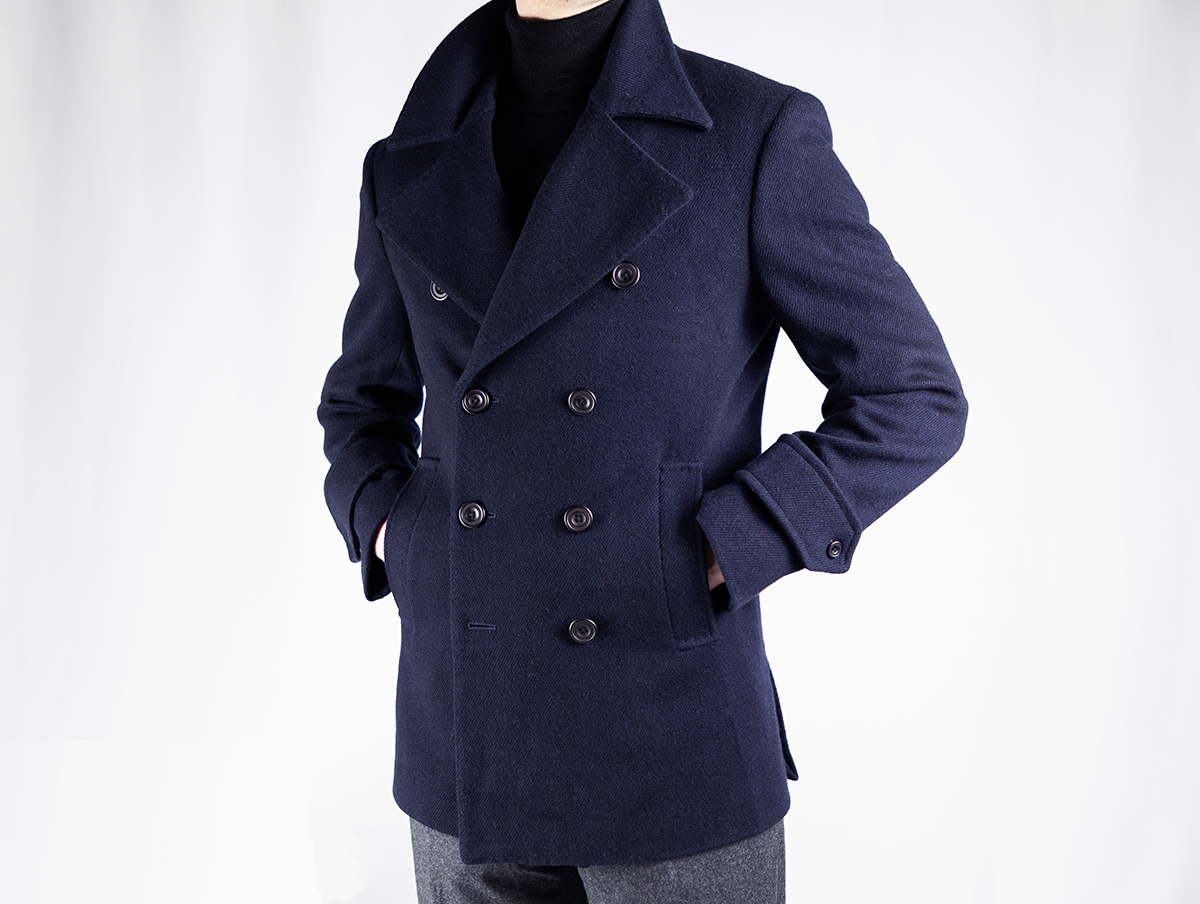 Whatever its etymological origin, the peacoat as we know it today—with a shorter length, a double-breasted front and wide lapels—became a standard issue item in 20th century navies. Peacoats made from heavy blue wool with anchor-motif buttons were iconic to the U.S. Navy, while German U-Boat commanders sported black leather versions.

As was the case with all things army surplus, the peacoat found practical popularity among the American working class following WWII, and in time earned countercultural cachet. It featured in the 1973 film Serpico, in which Al Pacino plays a whistleblowing cop whose virtuosity is signaled by an unkempt beard, knit cap, and peacoat.

Today, Cad & The Dandy is pleased to offer an updated peacoat as one of its bespoke outerwear options. Compared to those specimens worn through the Battle of The Atlantic (or an open mic night anywhere in the Village), ours is a bit more tailored in appearance with a stronger collar. 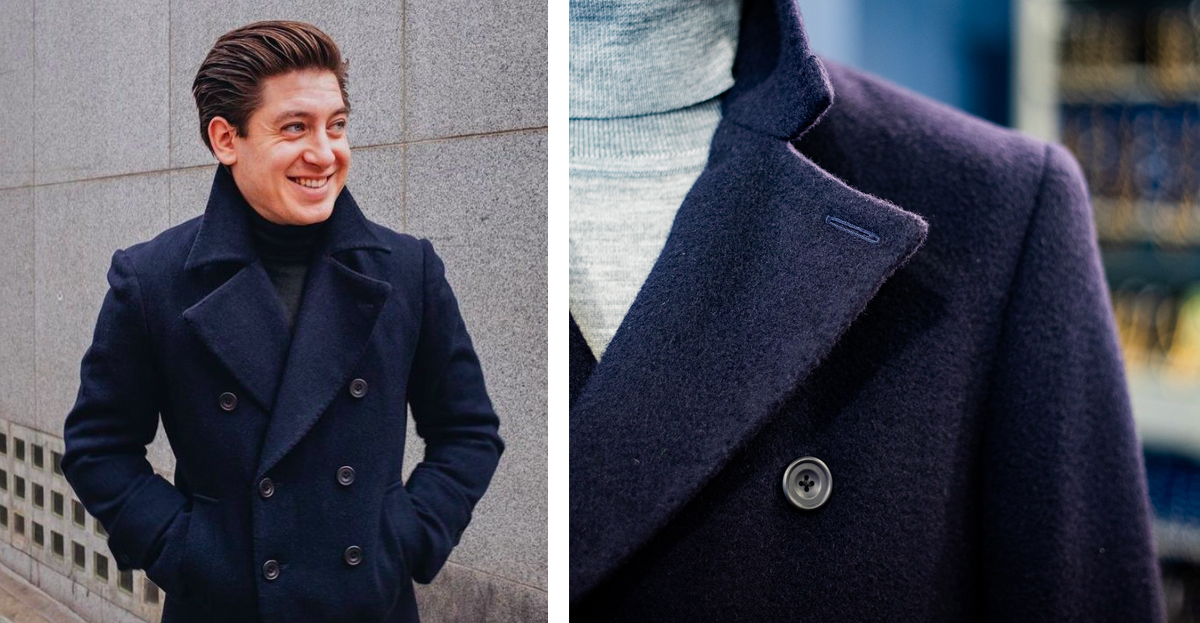 It retains the shorter length—ending somewhere between the middle and end of the seat, depending on preference—and features side entry pockets. Clients may choose to have adjustable button cuffs in keeping with the garment’s heritage or opt for plain cuffs for a cleaner look. There’s also the choice of having six or eight buttons: the former looks more chief petty officer, while the latter might mark you as the captain.

But just as vital is the cloth that makes the coat. Peacoats were worn to block the North Atlantic’s arctic blast, a role they can also perform on city streets so long as the fabric is substantial enough. For that reason, we recommend wools that are at least 20 ounces but won’t dissuade clients from going all the way up to 30 (as a bonus, outerwear made from this fabric can last a lifetime).

While navy blue remains the tried-and-true, we’ve been impressed with bespoke clients choosing brown and green wools instead. No matter its color, the peacoat’s styling marks it as a casual item: best layered over smart, tailored separates such as flannel trousers and a simple cashmere sweater or jeans and a chunky cable-knit turtleneck.