Much attention has been paid to the shrinkage of the suit over the last few decades, but trends and designers also directed their attentions to another key piece of the male wardrobe: the overcoat. Once dramatic in length and drape, the overcoat shrank with each season until contemporary models barely touched mid-thigh.

While coats with shorter lengths definitely have their place – for the change in seasons, business and leisure travelling – we take issue with this shortening, both from an aesthetic and practical viewpoint, as few pieces of clothing can be worn with such gravitas as traditionally-cut outerwear. Greater coverage means increased warmth, which is the entire reason for donning a coat in the first place. With all this in mind, we think it’s time to focus on and celebrate the magnificence of the greatcoat. 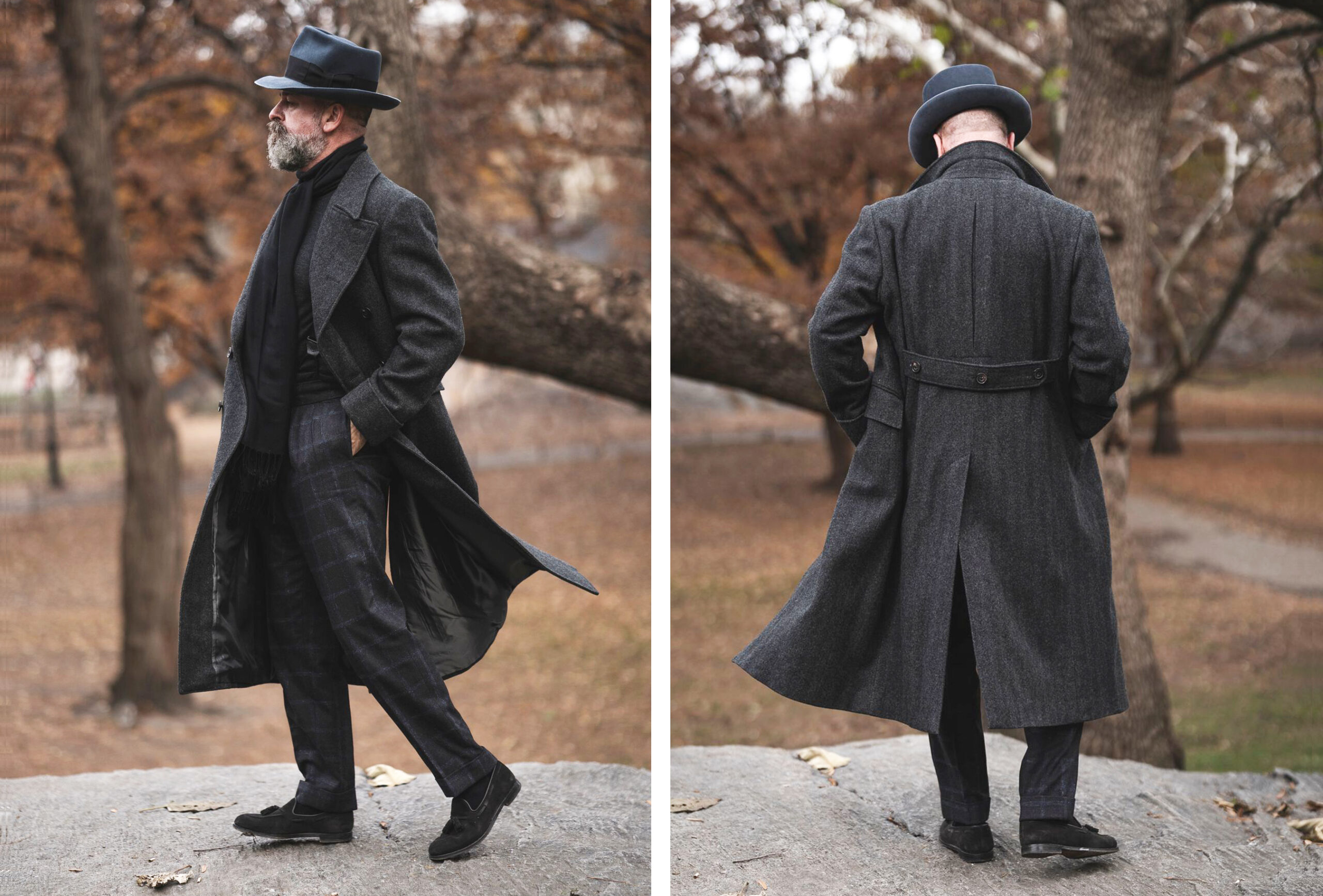 The greatcoat is a blanket term (no pun intended) that can be applied to a wide range of overcoat styles. However, these must share the following features: they must be double-breasted, made from a substantial wool or similarly weighted fabric, and fall below the knee at the bare minimum.

Such features set the greatcoat apart from the single-breasted overcoats typical to commuter rail business cars, and give a nod to the style’s military heritage. While early examples date back to the 1600s, the greatcoat as we know it today was adopted by 19th century militaries including Napoleon’s Grande Armée and the Prussian officer class. It reached its zenith in the Great War, where it was worn by British army officers with the addition of epaulets: this style of greatcoat is more widely known today as a British Warmer.

While you may not be issuing commands for flanking manoeuvres in your greatcoat, it’s still important to abide by a few style guidelines. As stated above, length is key with greatcoats. We offer two lengths: mid-calf and floor. And while we have a wide selection of overcoating fabrics to choose from, including wool, cashmere, and camel hair, it’s vital that the fabric is weighted to achieve a proper drape. The baseline being set at least 500 grams (about 17.6 ounces), but the heavier, the better.

Your choice of fabric will also determine how the greatcoat is perceived. Considering its military heritage, a navy fabric may put the admiralty in mind, while olive will recall a Great War field commander (those who really want to lean-in to the martial side can also opt for epaulets). If you’d rather soften its reputation, herringbone tweed gives a British country house-look, while a natural camel hair leans more toward the collegiate. 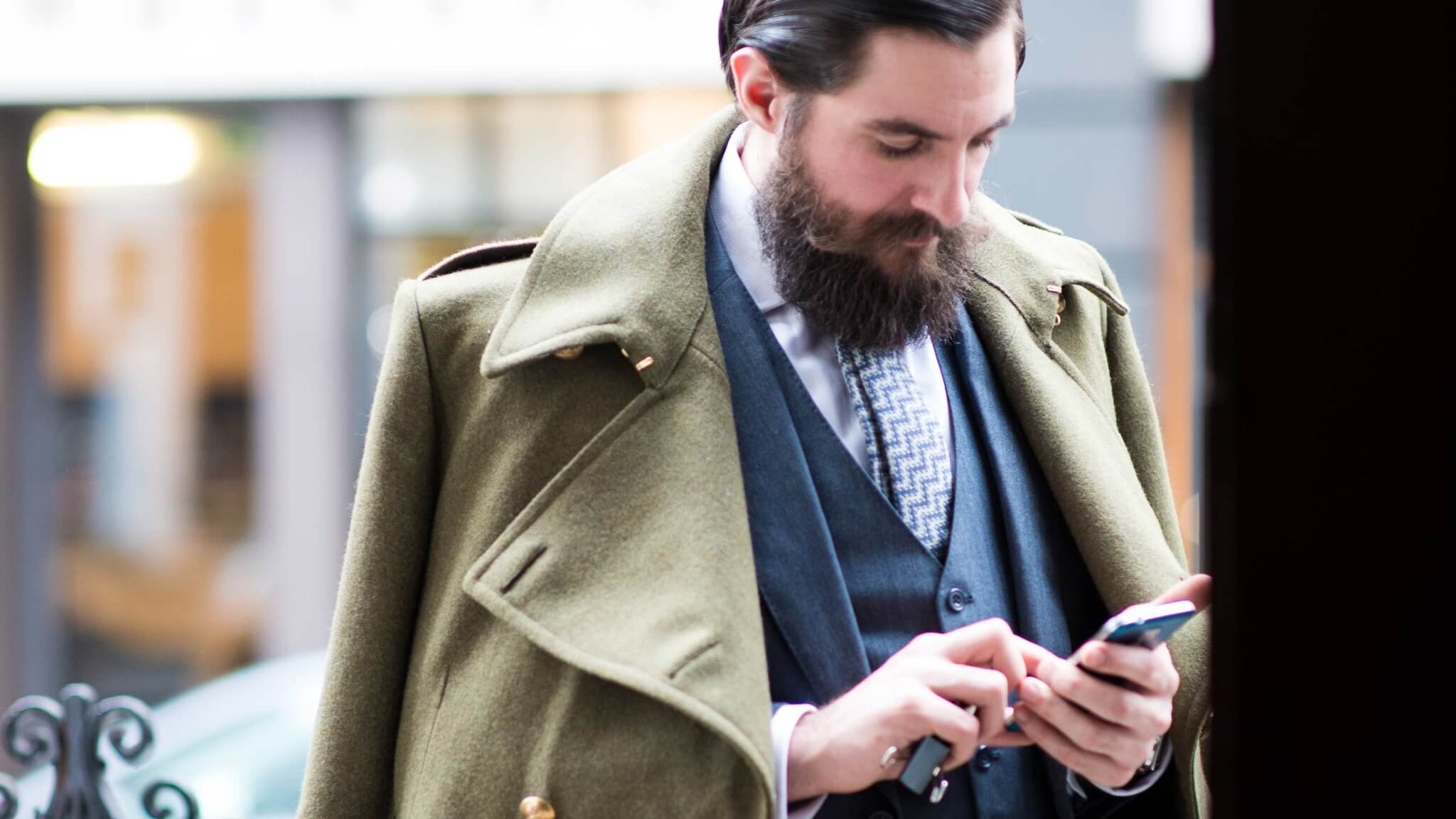 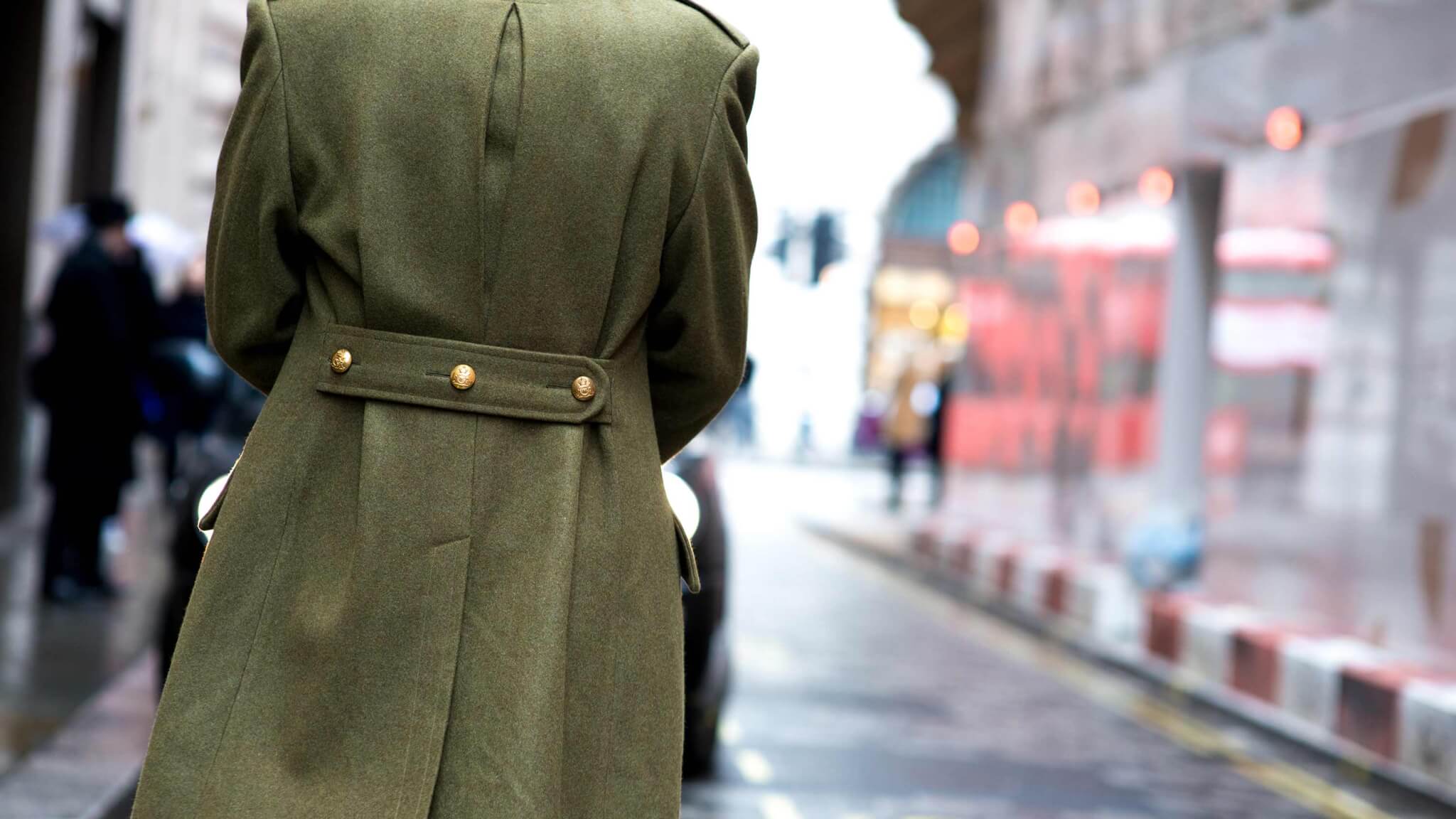 As for fit, there is one key consideration: will it be worn more often over knitwear or tailoring? If it’s the former, we’ll cut it a bit closer to better frame the soft shoulders of a merino rollneck or a Shetland sweater, while the latter calls for a touch more room to accommodate the structure of a suit jacket or sport coat. 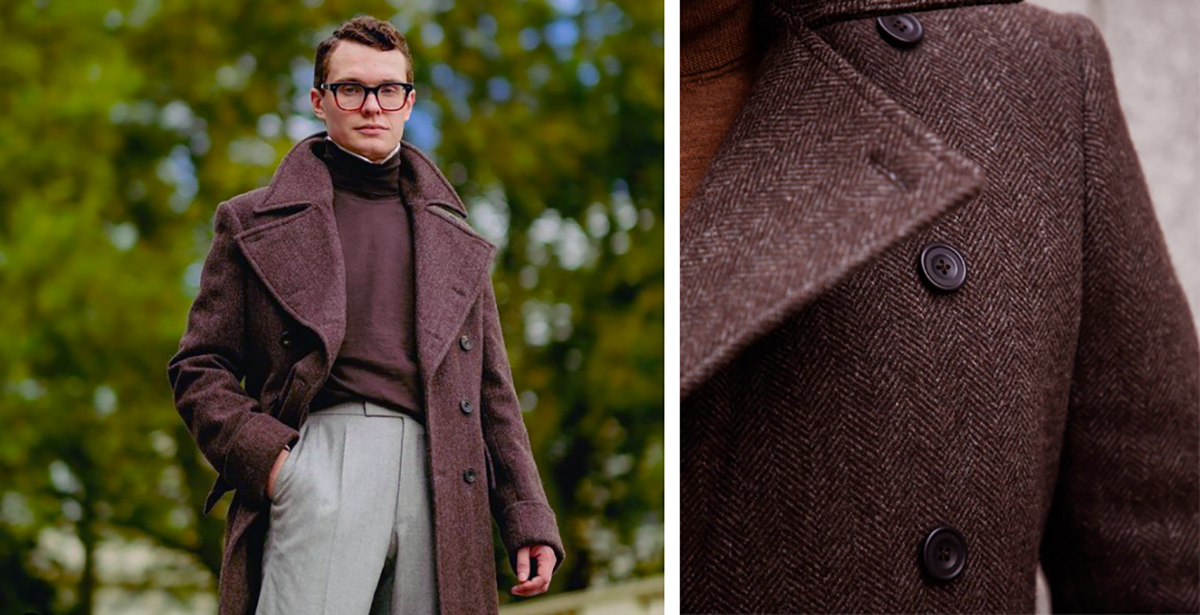 The greatcoat may be mighty in appearance, but it still requires tender, loving care. After each wear, allow it to air before returning it to your closet, and gently brush it to remove any daily detritus.

And so ends our appreciation for adopting this ultimate of overcoats. Once you go great, with the highest echelons of outerwear gracing your shoulders, you really can’t go back.